I’m so excited. Truly. I am. It’s been months since the last time I taught a class full of students. I know it’s going to be hard but I’m really willing to get back in the swing of things. I’m also preparing material for my workshops, and I have a bunch of work to catch up on, but I’m anyway feeling really motivated. So, it seems I am off to a good start.

This is a lesson for upper- intermediate students (B2) about education. In this post, you will find

The warm-up. Setting the context

I don’t think there is a better way to introduce a topic than by showing students a picture that will probably spark interest and hook students into the lesson. That’s the aim of the picture below.

Show the picture and listen to student’ reactions. Probably, the first one would be “Me, neither”, but let’s dig in for more profound reactions.

Tell students to get into pairs and think of three reasons why this boy wouldn’t want to go to school. Allow them 2 or 3 minutes and the write their suggestions on the board and discuss them.

Ask students: Can you relate to the boy in this picture? What can you remember about your kindergarten? In your opinion, what’s the ideal age to start school?

Ask students to work in pairs. Write on the board the word “education” and ask students to brainstorm vocabulary related to the topic. Encourage them to mind map to help them revise vocabulary related to this thematic area. Allow them some minutes and get feedback from the whole class.  I gave handout 1   to my intermediate students last year, so this year (B2), I will probably need to revise and add the terms in handout 2 explaining difficult vocabulary. 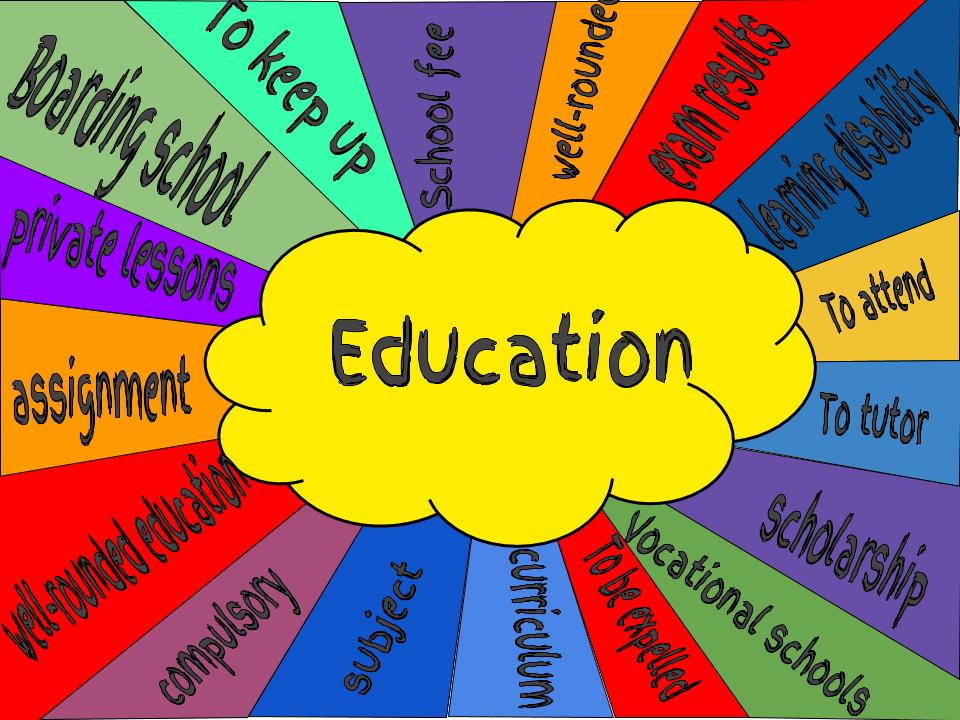 In this part of the lesson, students are presented with some confusing terms.

Ask them to work in pairs and discuss the questions posed in the flip cards. Award 1 point to the student who has guessed the right answer.
Flash Card Deck created by Cristina Cabal with GoConqr
Speaking. The questions.

Ask students, in pairs or small groups, to answer the following questions about education, where they will revise some of the vocabulary learned in the previous step. Encourage the use of new vocabulary.

You can get the PDF with the questions here, but isn’t it more appealing to use the Spark below.

Listening. The video: 6 problems with our school system.

It is a longish video. It lasts almost 6 minutes so I’d suggest breaking it up and asking students to work on different parts of the video.  In the video, 6 problems with our education system are mentioned.

This activity will be set as homework.

Write an opinion essay on the following:

Our current system of education is now outdated and ineffective.

These past few days have been hectic with lots of exams to be written and then marked, plus all that red tape I can’t stand involving end-of-term exams. To top it all, my old friend the flu decided to pay me a visit. Very timely.  Right now, thank goodness, deadlines have been met and everybody seems to be winding down for the holiday season. Me, too. So, that’s probably going to be the last blog post of the year. 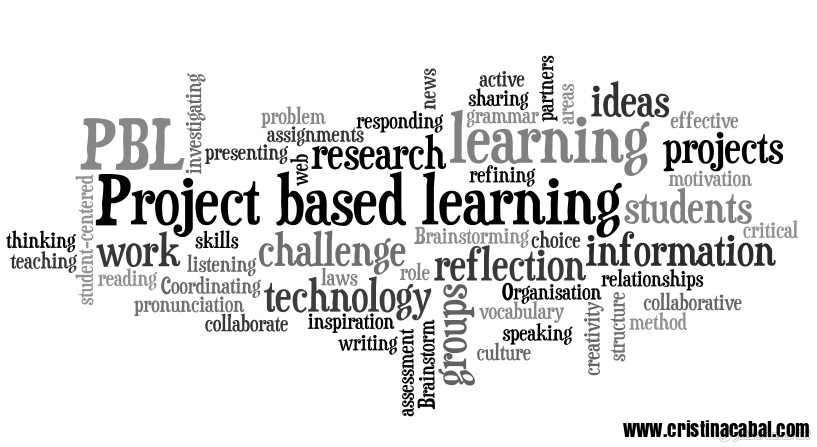 Project Based Learning- What is it?

It is a student –centred teaching method in which students acquire knowledge and skills by investigating and responding to a complex question, problem or challenge.

PBL is an active learning style which inspires and motivates students because they take an active role in their learning process and experience success in their own learning. The role of the teacher here is of mere facilitator and coach.

In PBL students are encouraged to work in pairs or in groups, which is also good because it creates a friendly atmosphere which is a boost to their motivation and creativity.

1.Choosing the problem or challenge.

For this project, students will be rising to the challenge of presenting information about unusual customs in the world.

My classes are quite large so students will work in groups of 4 or 5.

On the board the class as a whole decide on 4 or 5 areas, they want to talk about. There should be the same number of areas as groups you have. Each of these areas is assigned to a group to research.

This step is done entirely at home with the help of an online collaborative free tool. My students are adults, some as old as 70,  and they only see each other in class  twice a week, so it was important to provide them with some kind of free online tool  they could use to brainstorm ideas, share them with the members of the group and organize their project (timing, visuals, specific assignments..etc). I used a Padlet, a well-known collaborative tool, which is very easy to use, something really important as some adults are reluctant to use new technologies. Each group was assigned a different Padlet and given a week to do research on the internet and post on Padlet their ideas.

Below is the Padlet the group”House and Home” used.

In the next class, allow students time to get together in their groups and share their drafts. Offer help and guidance but ask students to help each other by swapping their drafts within their group  to improve and proofread their written work. 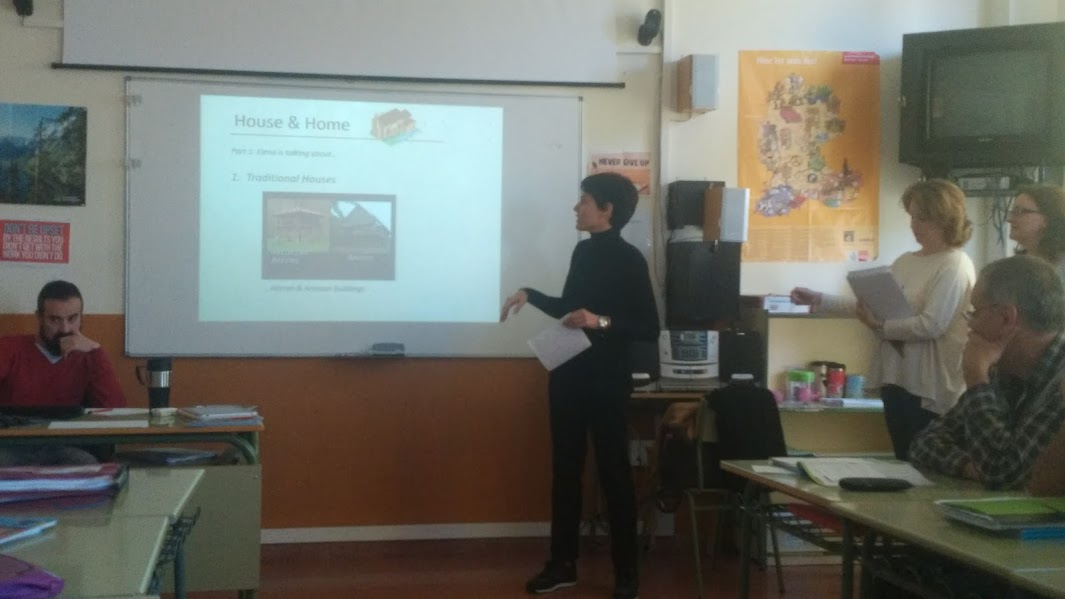 Sharing it with the world is also important. Here’s how we did it. Again, we used a free online digital tool called Tackk.com, which allows  you to beautifully showcase your projects. I gave my students this simple tutorial to help them get familiar with the tool.

Here’s the tackk my students have created.

Editing students' written assignments
What to learn: a funny way to revise
Listening: What is a vegetarian ? 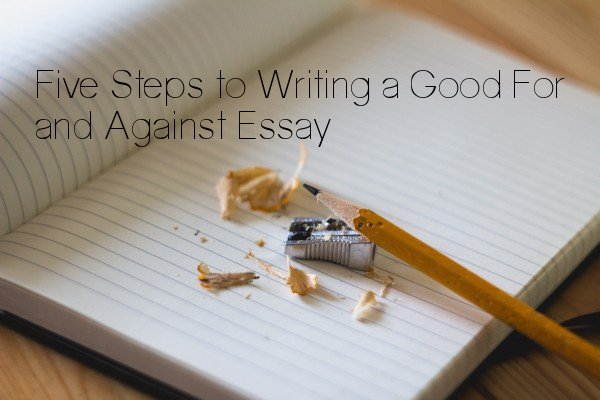 Nice stuff to use for evaluating compulsory reading
Activities for correcting writing in the language classroom
Guess Who!

This is my suggestion for Christmas homework and the kind that if I were a student , I would love to be given. 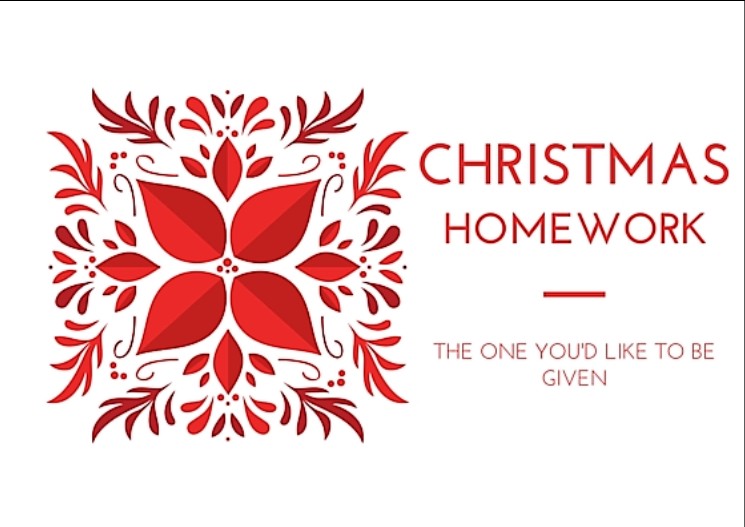 1. Word Games. Do you have five minutes to spare? Find your level and choose from these 13 addictive games. Click here

3. Listen to music, but not any kind of music; for this exercise listen to ballads , which are easier to understand. Listen to a song and  concentrate on understanding the lyrics. Then, look up the lyrics online  and sing along. I suggest singers such as the mighty Adele, Ed Sheeran or James Blunt. If you live in Spain, you can listen to radio stations such as  Kiss FM.

Merry Christmas  and thanks for reading!

Nothing Else Matters
Merry Christmas and Happy 2012
Giving Opinion: Driving

Oh my gosh! I just love this website. I bumped into ororo.tv quite by chance and I was like ooohh it has this one and aahhh and also this one. And needless to say, I have spent the little free time I have had these days- I am still doing oral exams in the morning and marking written exams in the afternoon /evening, not to mention the cleaning and cooking stuff- having a nice laugh with the boys of the Big Bang Theory, which I highly recommend.
So, what can ororo.tv do to help you improve your English? What will you find on this website??? An amazing number of TV shows and films in their original versions and with subtitles in English. Right now, I am hooked on the Big Bang Theory, a American sitcom, about four young scientists, but surely you’ll find attractive alternatives here to suit every taste and mood.

Lacking inspiration? 6 awesome resource websites to find stuff for your classes
Yappr: What on earth is this?
And the Winners of the I Recorded Short Story Contest Are....