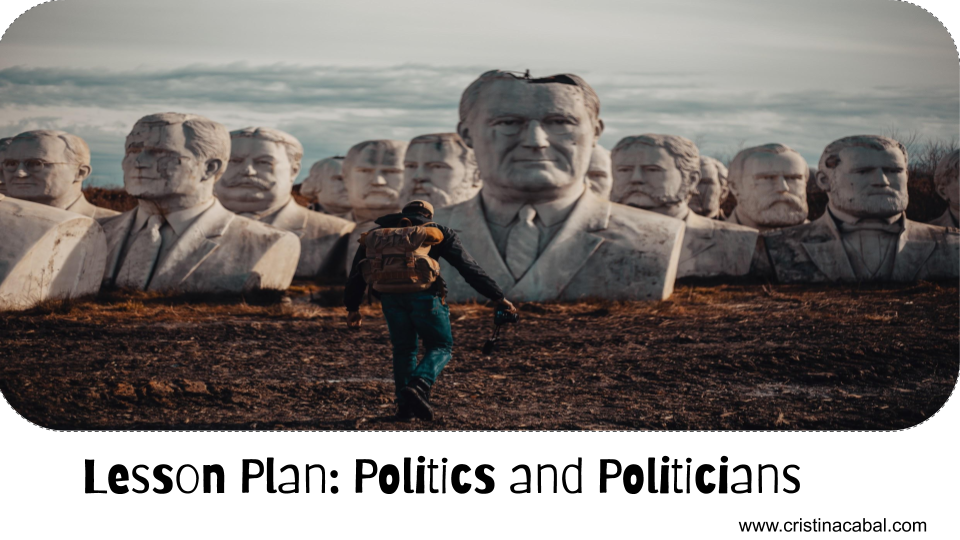 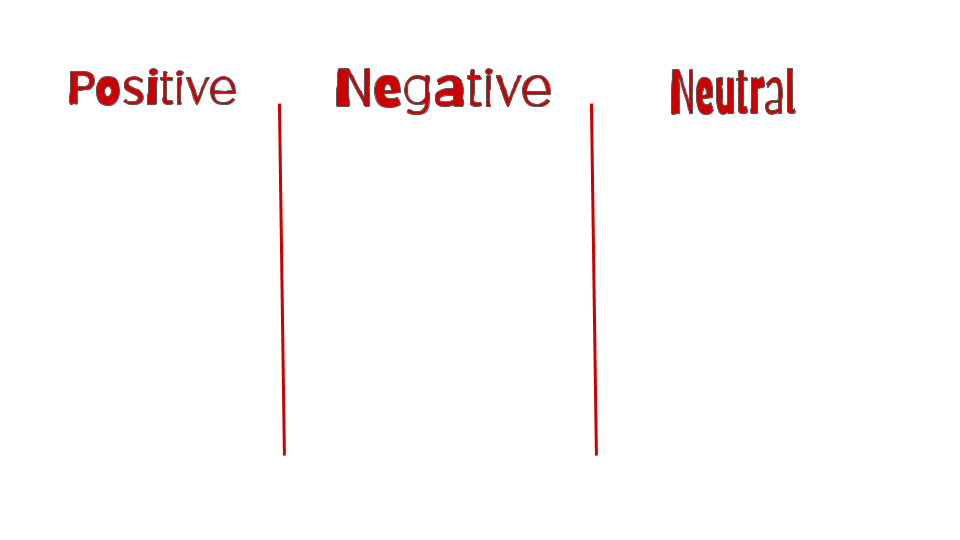 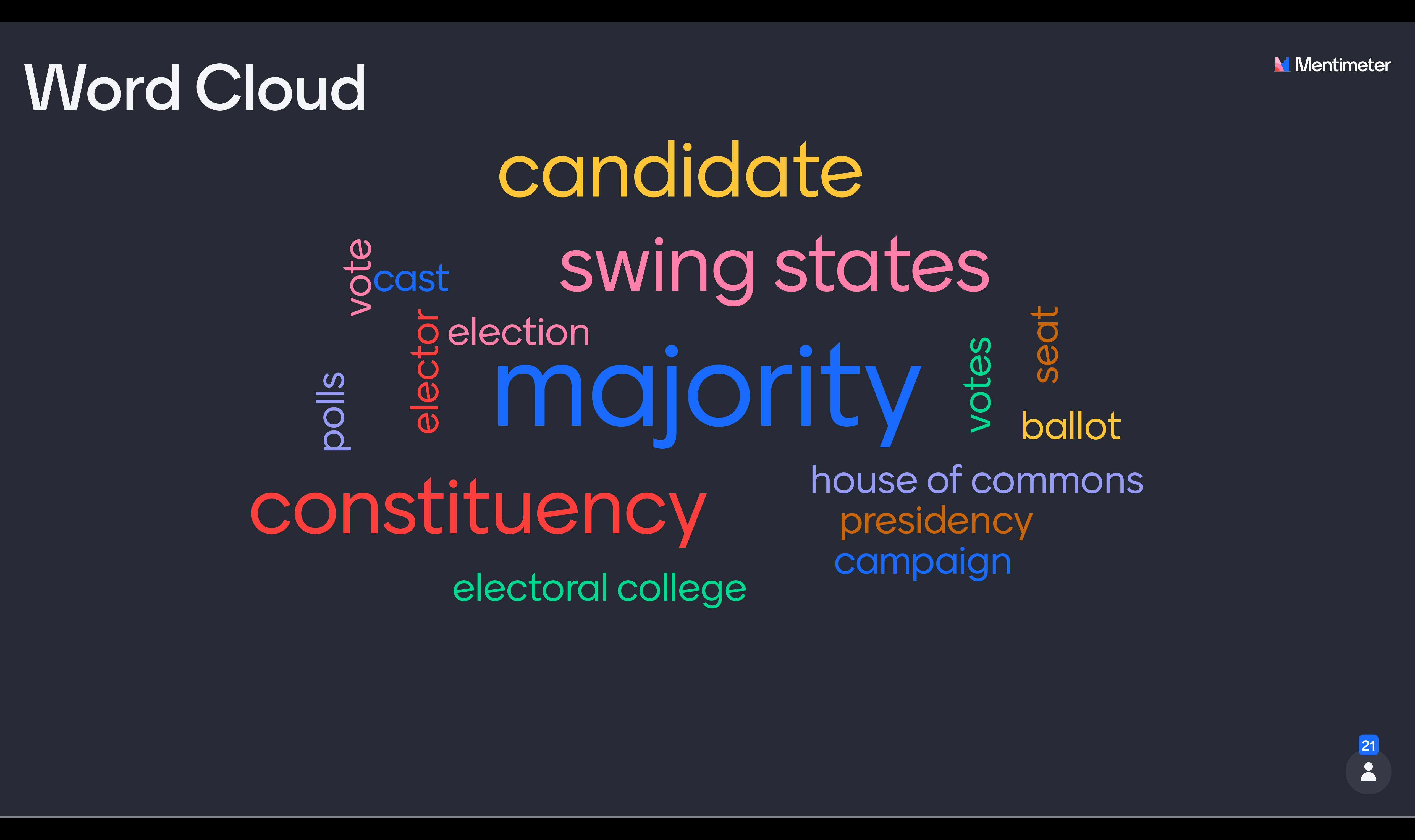 The English language does not have a Real Academia de la Lengua
The Future with Be: the Visuals, the Grammar, and the Exercise
An American in Asturias: Football and the SuperBowl Sunday

It is said that you need to use a new word at least ten times to be able to remember it. I don’t know what to say about it.

I should probably not be saying this, I know I shouldn’t, but I can’t let it pass.  For some students, using the word once or twice is enough and for some others, you can work on it and repeat it until the cows come home and still, no luck. If you are a teacher, I know you understand what I mean. Fortunately, this is not true for most of my students  🙂 🙂 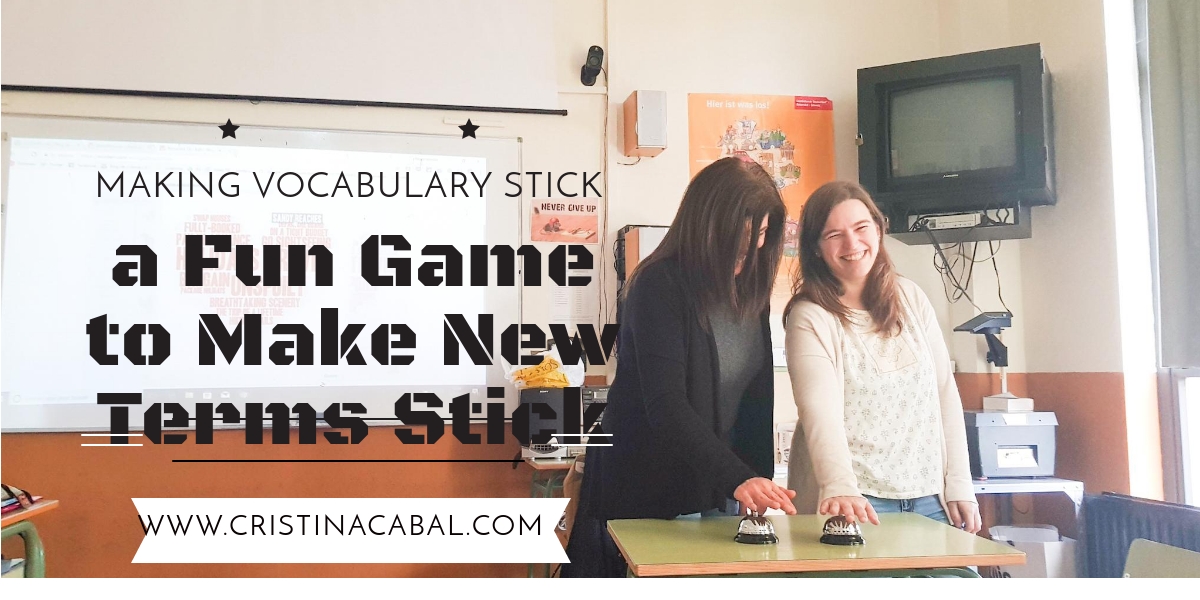 This is a simple activity you can do to encourage the use of newly-acquired vocabulary and to help students remember it.

I’m afraid if you don’t have a computer and OHP in your classroom, this activity would probably be useless to you. So, I won’t blame you if you stop reading right now.

2.Introducing new vocabulary.  Nothing fancy here. I introduced and worked on new vocabulary using a variety of activities, but most from their textbook.

I asked a student to help me with the typing of the words. So while I was writing on the board the words students volunteered, he was typing these same words in the wordart app. 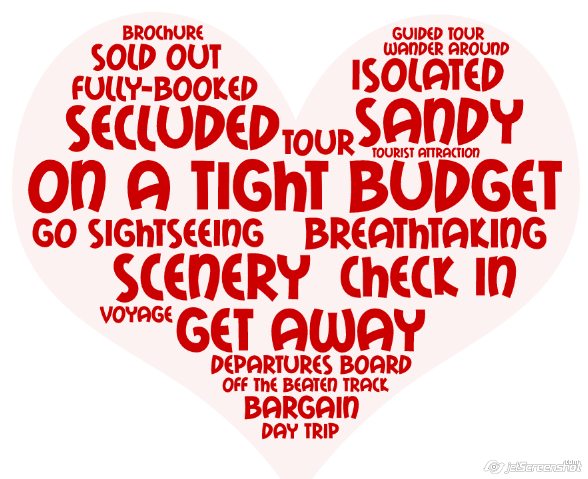 Team A starts. I point to a word (very nicely highlighted in this app) and team A has to describe the word to their captain using synonyms or paraphrasing. The only problem is that both Captains can press the bell if they know the word. Teams have 1m 30´ to describe as many words as possible.

Award one point for each correct guess. 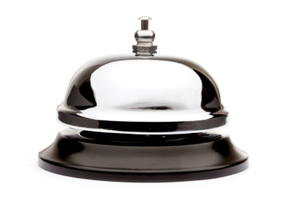 Have fun while teaching and your students will learn better!!!

Please, Come In! 3 Activities to Start Off the Course on the Right Foot
Human Tac Toe to Revise Vocabulary
Road to Grammar

Do your students sometimes feel as if they are not making enough progress? Do they sometimes have the impression their language learning has slowed? Do they feel they are stuck in the intermediate plateau? 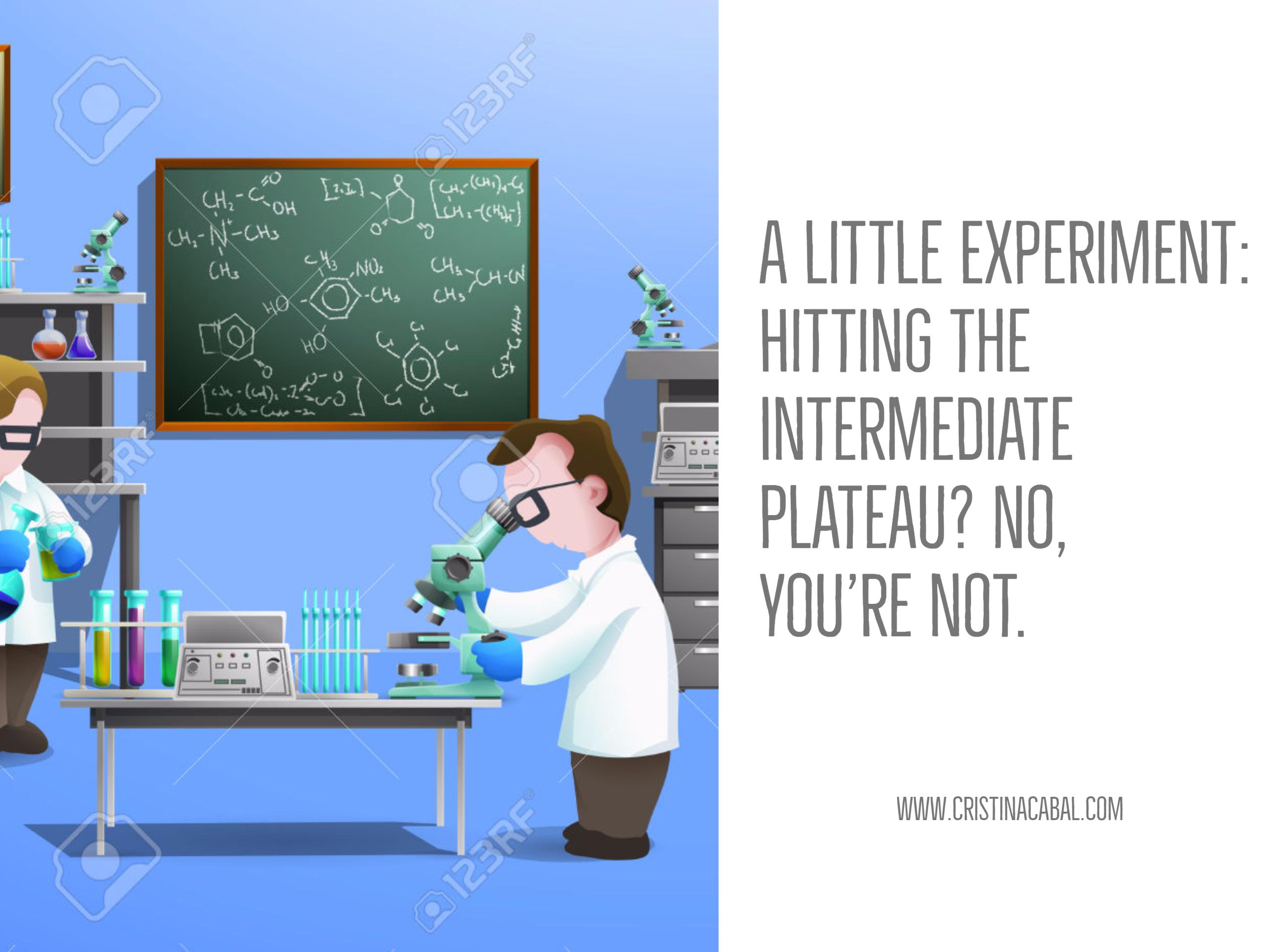 While this feeling is completely normal, it can sometimes be very frustrating for our students. You might try to explain to them that this is just part of the natural process of learning a language, but the truth is that in their eyes, they are just not progressing as fast as they think they should, no matter how hard they try. It’s true that this perception is not real, but it never hurts to show them how unreal it is.

Today I want to share with you a little experiment I did with my students. Very simple, but very effective too. I did with my intermediate students, but you can easily try it with students of any level.

What’s the aim of the experiment?

How long does it take?

Do you need to use technology?

I am afraid you do. For this experiment, students need to use their mobile phones with internet connection or any other device with internet connection. The good news is that you just need one device every three or four students. I have also used  Answergarden, which is a very simple free tool used for getting real time feedback from a group. It’s really very easy to use, but if you think you need extra help, you can watch a video tutorial in Teachertrainingvideos.com or read a brief tutorial here.

(below you can see the first wordcloud) 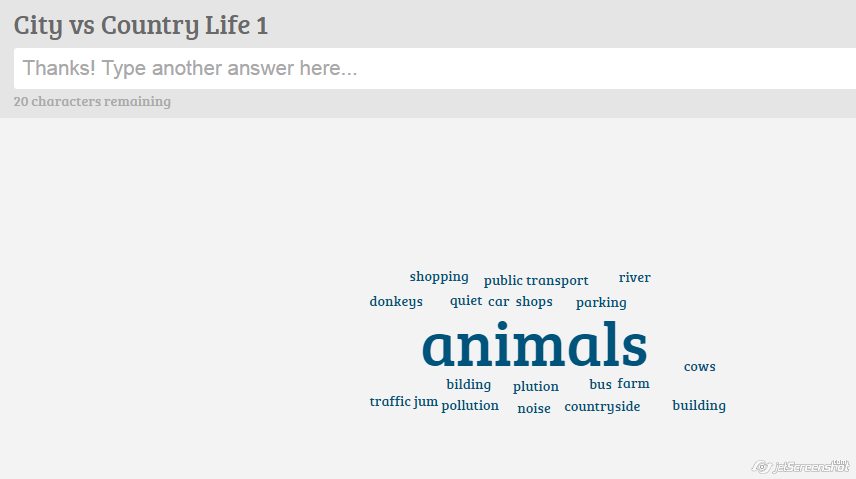 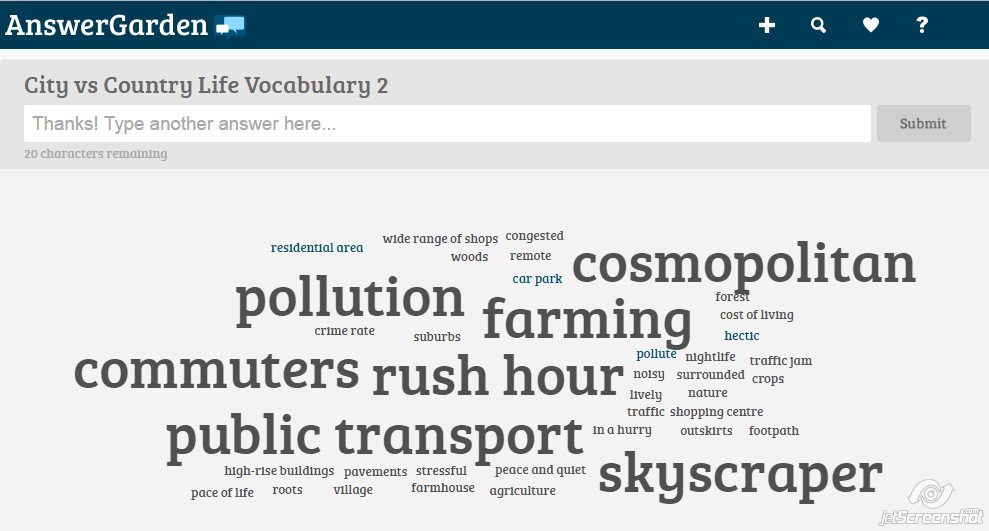 Another idea with the same aim would be to ask students, at the end of a unit, to write everything they have learned in this unir. They’ll be just amazed at how much progres they have made.

Lesson Plan: US Elections Explained
Spice Up your Class and Maximize Learning with Traditional Games
Winner of the British Council Blog of the Month Award

A nice simple idea to start a lesson.

I always like to start my lessons doing some quick revision of what I taught the previous day. I do it using different techniques, but they always have something in common: they help get students into the mood and start using English from minute one. 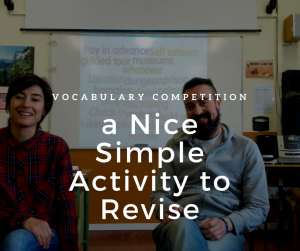 The idea in this activity is to combine two things:

As stated above, the idea is to revise relative sentences, but obviously in the heat of the game I’d allow any paraphrasing students can come up with.

Online Word Cloud used: ABCya. A word of warning: this tool is so easy to use that you’ll soon get addicted to it! See tutorial below. 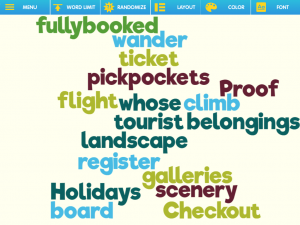 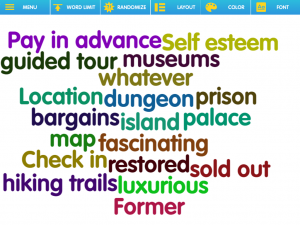 When I was a kid in my hometown, a little village in the north of Spain, there used to be a cinema. Not any more and not for a long time. In fact, it seems to me there are very few towns or even cities which still have a cinema and I’m not talking about the outdoor cinemas, which are so popular in summer, I am talking about the real thing. Cinemas with endless rows of seats smelling oldish and where the usher always told you off before you even got to your seat and started cracking up. I remember we didn’t get to see the latest films until they were 4 or 5 years old and then, they were not new any more as our friends from the capital city kindly reminded us rolling their eyes in disbelief when they came on holiday, but all the same it brings back very good memories. I must be getting old!

So today I’m sharing with you an engaging lesson with lots of activities around the theme of films and the cinema. Hope you enjoy it! 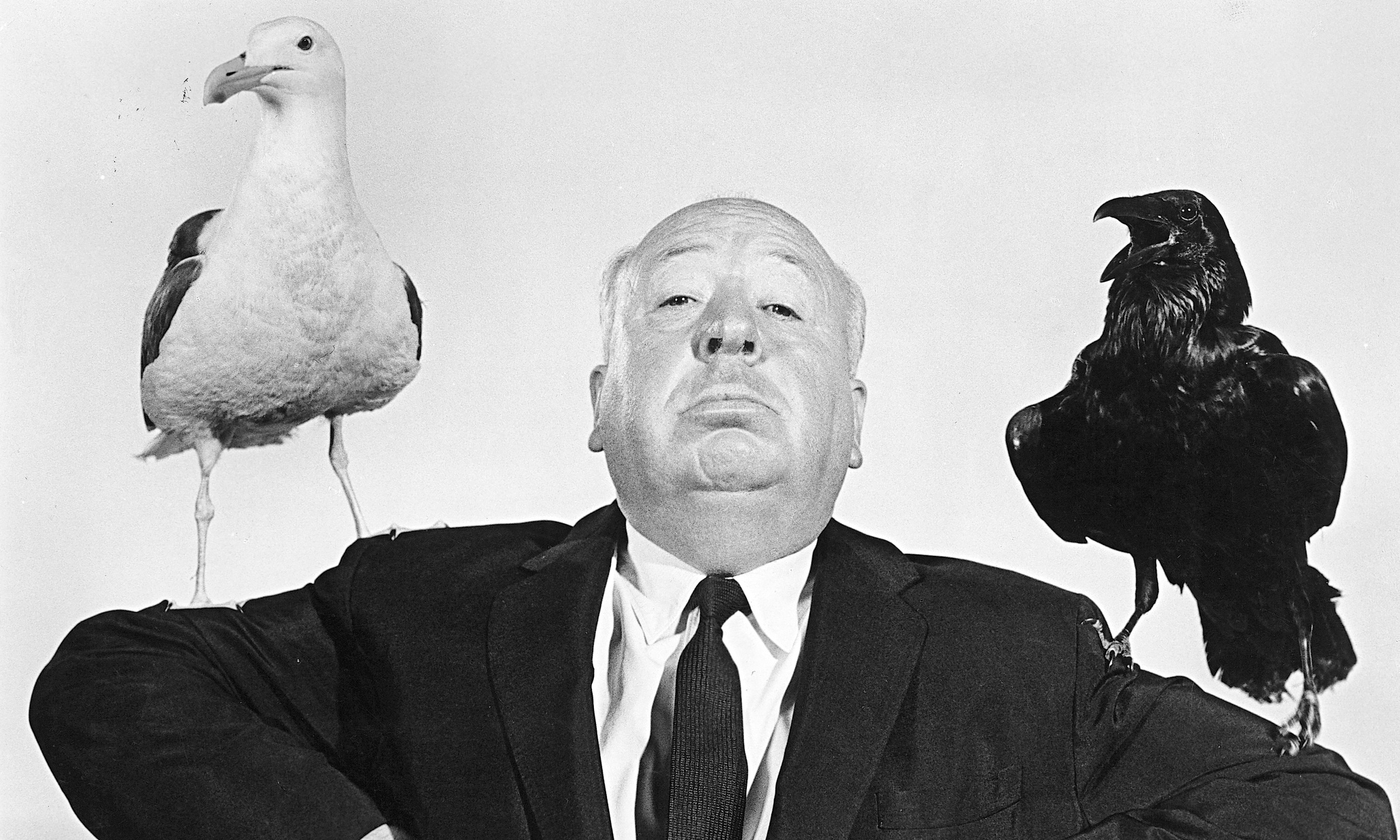 This lesson is aimed at students with a language level of B2  (upper-intermediate) and focuses on revising, learning  and using vocabulary  related to films and the cinema  through a variety of engaging  activities which will help them improve listening, writing and speaking.

Ask students to work in pairs. Write on the board a mind map as the one below (give them only the words inside the circles) to help them revise vocabulary related to this thematic area. Allow them some minutes to complete their mind maps and get feedback from the whole class, completing the mind map on the board with their suggestions. 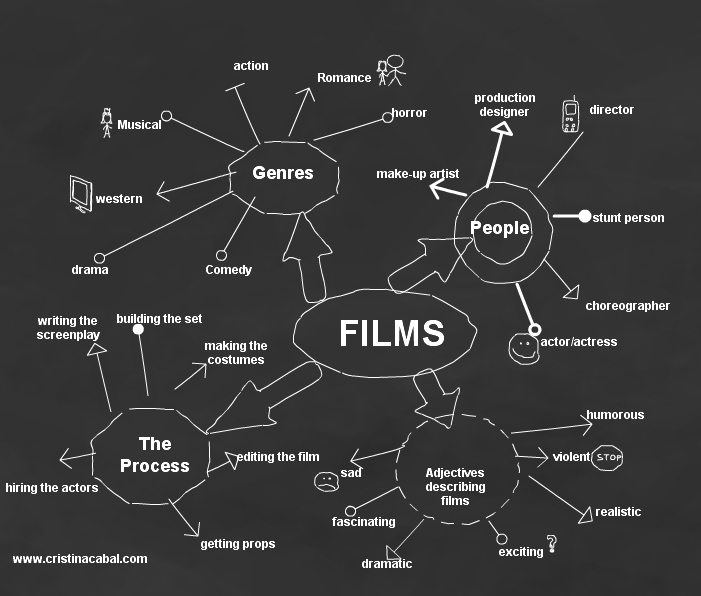 The class is divided into two groups. In turns, one member from each group sits on the Hot Chair facing  away from the whiteboard. The members of their group have  one minute to describe the film being displayed  without mentioning the title ( that goes without saying, but just in case, I’m saying it). The aim is to guess as many films as possible in one minute. Then, it’s the other team’s turn.

They will need to talk about:

Kind of film/ Nationality of the film/ director/ plot/ 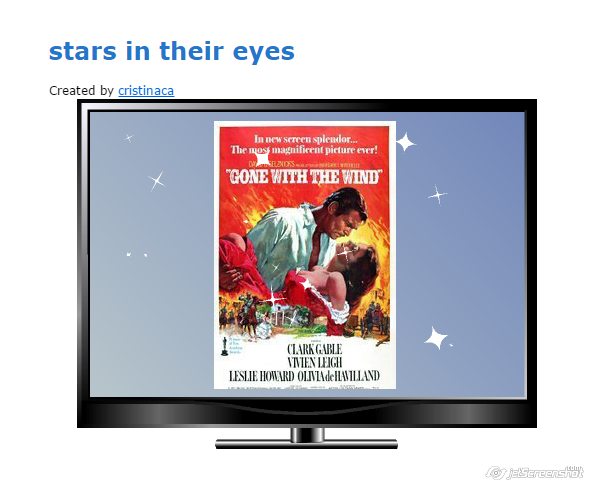 Activity 3. A listening : interview with Hitchcock talking about his film Psycho.

Ask students: What kind of films do you like? Do you have a favourite director?

Write on the board Alfred Hitchcock and Psycho and ask students if they know who he is and if they know any of his films. Students most probably will have heard about Hitchcock and seen some of his films, but in case they haven’t, tell them Hitchcock is considered “the master of suspense” and “Psycho”(1960) s is arguably Hitchcock’s best-known film.

Play the video and ask students to answer the questions. (Find the answers at the end of this post).

Ask students to work in pairs or in small groups and answer the following questions.

Handout with the task and useful vocabulary and expressions to use in your review.

Answers to the listening

There is only one violent scene in the film, which is at the beginning when the girl is     violently murdered in the shower. As the film developed, there is less and less violence. The horror and the tension are transferred to the mind of the viewers, which are the end of the film are screaming.

Do you need to write a CV?
Picture Description .Intermediate Level.
Having fun with my computer