After superlatives, we normally use two prepositions of and in 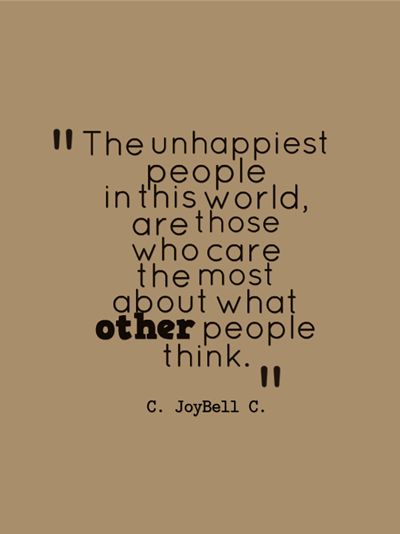 I am the happiest woman in the world

Mary is the fastest player in the team

♥we use of before plurals, before time periods such as year/month

She’s the fastest tennis player of them all

Saturday is the best day of the week

A word on Grammar: Is there a difference between Can and Be able to?
Hey! Hold On! A Simple Activity to Fix Slipping to the Present Tense when Talking about the Past
A Word on Grammar: on the corner or in the corner?

Two things I need to say:

1. I am not a native speaker. Well, I know anyone reading this blog has already guessed that. 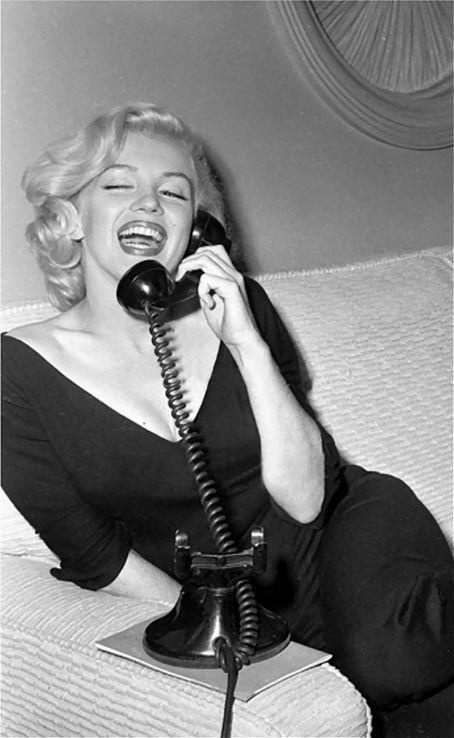 2. Sometimes I feel like a broken record posting on quick Word(s) of the Day but hey, guys, are you sure they aren’t helpful?

I don’t know about you, but sometimes and because English is not my first language I tend to neglect the use of some expressions and then, naturally and as a result of never using them, I often can’t say whether they are right or wrong. If you are a student…… relax! ;), nobody is asking you to know everything, in fact, I ‘ve always detested know-all students. They give me the creeps!But, if like me, you are a teacher, then you are supposed to know every single thing  about the English language. Unfortunately, this is not my case 🙁

So, can you say  which of these is expressions is correct?

If you should ask me, the one I ‘ve always used  is on the phone but the fact that I never use the expression by phone doesn’t mean it is wrong. On the contrary, it is just perfect! So, both, are ok .

Can I just add that  “over the phone ” is also correct? Some examples for you to read:

Have you ever asked yourself what you are good at?

If you are a bit like me, as old as I am I cannot say with certainty what I am good at, though I’ve always believed it is hardly a matter for me to decide. I’ve always believed it is up to the rest of the world to determine if someone is good at something so I can only, with some level of uncertainty, claim that I am good at making Spanish omelettes; and…. I can only say that because I once won a Spanish omelette contest where I beat all the restaurants of my village… they even gave a trophy which I proudly display on the shelf of my kitchen secretly wishing my guests would notice :)…. and that’s all about everything I am good at ! 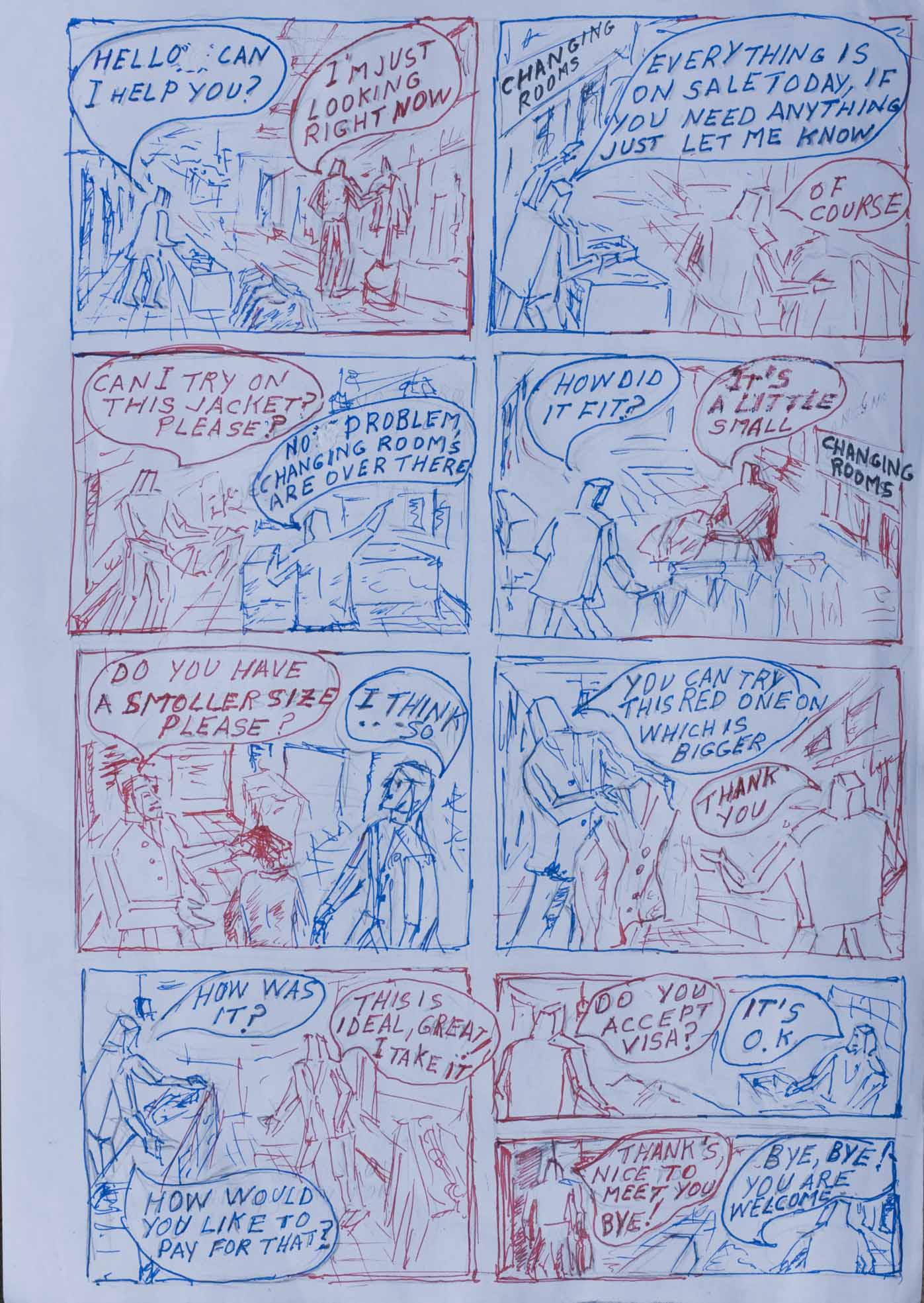 On the other hand, I can certainly enumerate a number of things I am really really bad at -the list is long but I promise I won’t get carried away- like ironing fitted sheets, cooking meals I don’t like (I never taste them so they are either very salty, insipid or burnt and given that I don’t eat any meat you can only begin to imagine, dealing with figures, texting, walking in heels, finding my keys, folding clothes neatly, remembering dates (that can be a problem , trust me!) remembering wedding dresses ( my mother always wants to know) and of course, makes and models of cars -but listen, don’t get me wrong here, I don’t necessarily think being bad at these things is really a bad thing or makes me a bad person.On the contrary, I am quite nice! And as Marilyn Monroe once said :I ‘m selfish, impatient, and a little insecure. I make mistakes, I’m out of control, and at times hard to handle. But if you can’t handle me at my worst, then you sure as hell don’t deserve me at my best.

One last thing I need to confess is that I am very bad at drawing and it is a pity because if when you are a teacher this is an ability that comes in very handy especially to illustrate something but I’ve given up trying to draw things on the board. My students don’t understand my art. A five-year-old child can  certainly draw  a house better than me but what some people are bad at, some others are good  at; don’t they say there must be a bit of everything in the Lord’s vineyard? Chema Pérez Fernández, one of my students, is certainly good at drawing and he has kindly drawn one of the role plays we performed in class. I really appreciate his contribution the blog .

If you must ask, yes, it’s still raining in Asturias; raining and freezing cold but…I have to 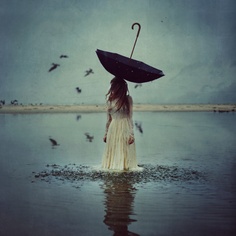 say that this is unusual weather for this time of the year. So, if you are considering holidaying in this part of the world, don’t cross it off just yet; the weather must definitely improve this week ( it can’t get any worse).

The idea for this post came while dozing off on the sofa watching the new (probably not so new now for some of you) James Bong film SkyFall. I suddenly came wide awake when , in the film, M’s computer is hacked and a THINK ON YOUR SINS is displayed on her computer. This single preposition got me thinking … how, in the name of God, are my students supposed to learn English prepositions? Thus, I decided to write this post, about the tricky English prepositions. 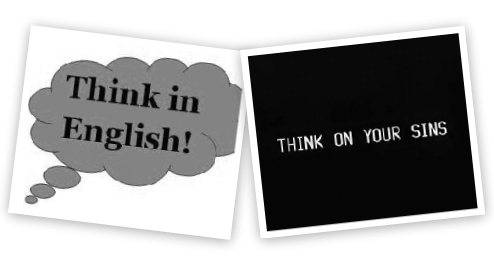 ♥Think Of/ About. Most of the times you can use both when talking about people. So: I’m thinking of you and I am thinking about you mean pretty much the same.

-Think about. You use think about with the meaning “consider”:

I need to think about this problem

–Think of. You use think of   with two meanings

What do you think of my sister’s boyfriend?

2. Or with the meaning “to imagine”

It is hot! I am thinking of lying on the beach eating a big ice-cream.

On the other hand, both Think On and Think In are less used.

Think on your sins

Do you think in Spanish when you speak in English?

I hope it is helpful! Now if you want to relax after this boring explanation, enjoy the soundtrack of this film, performed by the great Adele.

Teaching with Songs: Opposites
A word on Grammar:Prepositions after superlatives
Natasha Bedingfield 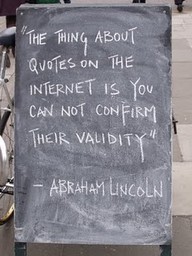 Internet is not a difficult word to learn. Why should I, then, dedicate a post to the word Internet?   Come to think of it  this  post might be only meaningful to Spanish students as they are the ones who make the most mistakes when using this word in context. Why? For these two reasons.

♥We have a problem with the prepositions in and on and we tend to use almost invariably in.

By the way, did you know that the word Internet is feminine in Spanish?