Some time ago I went to Edinburgh to do a course for teachers. I spent about a fortnight enjoying the city and struggling to understand Scottish people.

I remember that on my last day there was a girl on Princess Street, which is Edinburgh’s main street, trying to sell flowers. She was shouting, like mad, two or three words. I stopped and decided not to move ‘till I could grasp what she was saying. It was 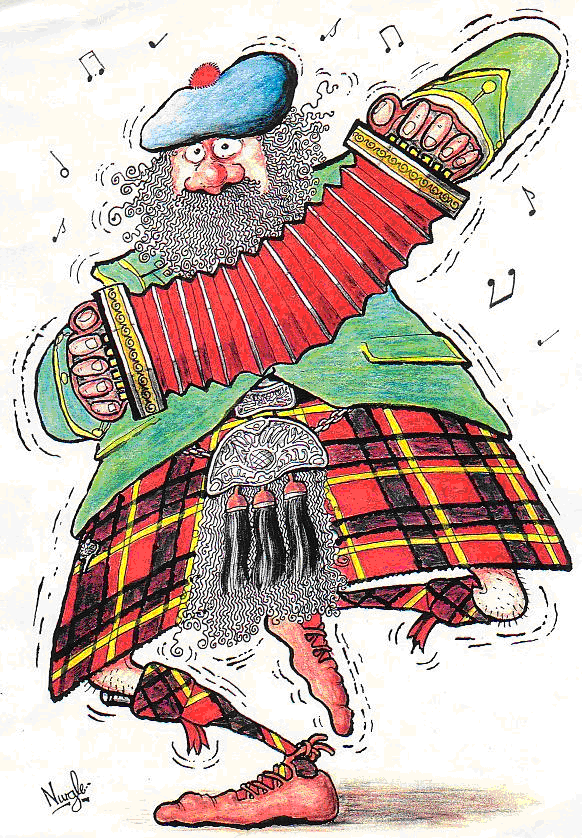 important for me at that time.  I can’t tell you, without running the risk of lying, the time I spent staring at her mouth trying to see what my ears couldn’t hear but in the end, I convinced myself that she was saying something on the line of “three for a bunch” , but to be completely honest, I think I tricked myself into believing I could finally understand the Scottish accent!
Why is it so difficult to understand Scottish Pronunciation? To start with, English has 5 more vowels sounds. Scottish people don’t pronounce the schwa as English people do, for example, the pronunciation of the vowel in “the” is the same as the one in “sit”; they don’t make long /o/, for them, “cot” and “caught” are both pronounced with short /o/. What is more, the diphthong in “coat” is also pronounced as /kot/ and the vowel in “heard” is the same as the vowel in “bet”. There is no /æ/-/ɑː/ distinction so bath, trap, and palm have the same vowel
And finally /ɪ/ may be more open for certain speakers in some regions, so that it sounds more like [ɛ] Other speakers may pronounce it as [ɪ], just like in many other accents, or with a schwa ([ə]) quality. Others may pronounce it almost as [ʌ] in certain environments, particularly after /w/ and /hw/. ( from Wikipedia)

And now, after this boring explanation, watch this hilarious clip in which two Scottish guys get stuck in a lift which uses voice recognition for selecting the floor.

Should you have problems understanding the accent, read the transcript below.

END_OF_DOCUMENT_TOKEN_TO_BE_REPLACED

Katy Perry can help you Practise Linking Words
Fontself: Spice up your worksheets with funny fonts
The World of Games : ESL Games