If you were one of my students, you would know that one of my favourite words to use in class in EASY- sometimes I say easy peasy, but I guess it sounds the same to them. In fact, I only realized I said it so often when I saw my students  looking at each other with  half a  smile on their faces  and it got me thinking. I put two and two together and realized  that, carried away by my enthusiasm, I might have been overusing the word a bit. Well, nobody is perfect! The truth is that English grammar is easy to teach and easy to understand, but pronunciation is quite another matter.

Pronunciation!!! You can only sympathise with students when after years of teaching them how to pronounce the -ed ending of regular verbs, they suddenly find words such as naked,  which  they   automatically  pronounce. You might not believe me, but  almost feel like I need to apologize and this is one of the few times when I need to say … Ok, this  is not that easy!!

The thing is that some adjectives ending in -ed have a special pronunciation and the -ed is not pronounced or  but /id/. Let’s have a look at them 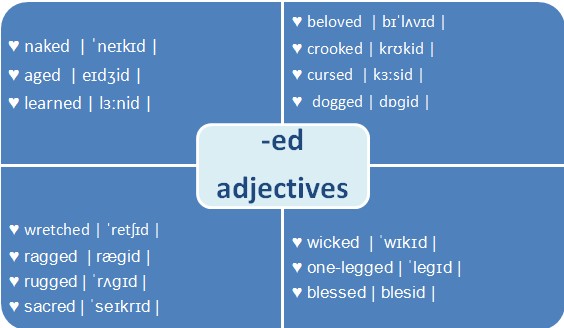 ♥ All the young men went to fight in the war; and only the aged | eɪdʒid | and infirm remained behind.

Other adjectives ending in -ed   follow the rule for the pronunciation of the -ed ending, ie, pronounced /id/ only after /d/ ot /t/.

Up to my eyes correcting exams and preparing classes. Going to the gym? Forgotten!!! Socialising?? what is this!!!! OMG I hate grading!!!

Meanwhile, classes need to be prepared and my students deserve no less than a lesson that is worth their time.

Hope this helps them master the pronunciation of the -ed ending.

Create your own Playlist on LessonPaths!

It’s six o’clock in the morning and already awake. Bugger! Today is the day I don’t have to teach first period but my mind doesn’t seem to know and has already decided it’s time I get down to some serious work so I’ve decided to turn on my computer and listen to the amazing voice of this guy ,James Arthur , apparently the winner of the XFaxtor. I am not a follower of this programme but the truth be told I think he’s got that kind of voice I could fall in love with and, to top it all, I have just heard his version of the song “I’m sexy and I Know it” originally sung by Lmfao and I can’t hardly believe it’s the same song. Well, I just wanted you to know.

Anyway, I wanted to share with you this tool that can come quite handy when working with phonetics .You can find it in a blog called Random Idea English, which is worth a visit. Here’s what it looks like ; you just need to type and copy/paste. Here’s the link .Easy peasy! 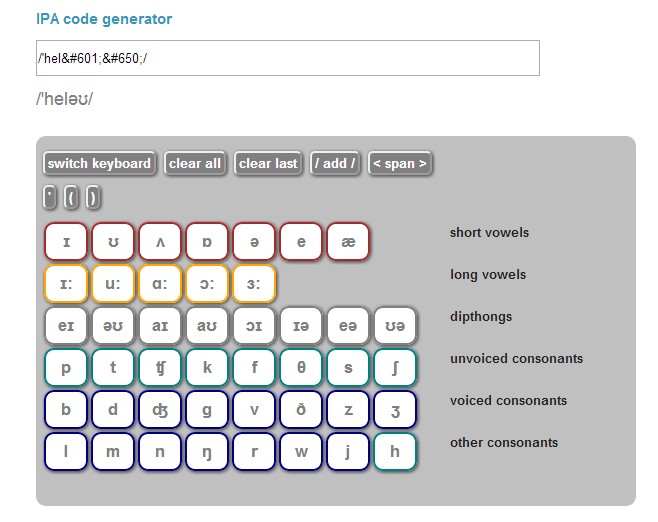 Here’s the song and the guy I was telling you about. By the way, he is also the one singing the latest hit “Impossible”

Yeahhh! Ok ! Sometimes students deserve a treat! It’s the end of the course and most of them have studied pretty hard for their exams and it’s only fair that you reward them with a class in the computer room playing games!

GAMES??? before you start thinking I’ve gone mad  allowing  teenegers to play games, iiiin the computer room and iiiiiiin the English class, let me tell you that the games are reasonably inside the scope of what even parents would agree with being academic stuff.

The site is called eslgamesworld.com and, even I, would be returning from time to time to play the games and have fun.

You can choose Grammar Games, Games for ESL Classroon Teaching ( you can play here The Wheel of Fortune, Who wants to be a  Millionaire …etc), Vocabulary Games and Pronunciation Games. Take your pick!

Aren’t you dying to try these games? 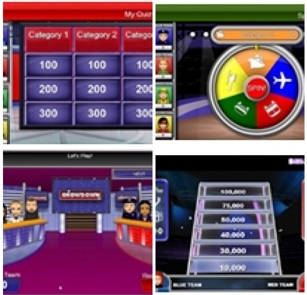 Have you ever wondered how we sound to speakers of other languages when we speak our native language? Some languages are easy to imitate, as for example the Italian language or the German one but I would never have guessed how a Spanish speaking native sounds to the rest of the world.

While I was in Malta, and to introduce some intonation issues, we were shown this video. It was so funny that I ended up crying with laughter. At the end I was probably only paying attention to faces rather than to the mimicking of accents. I highly recommend you watch the video until the end as it only gets better.

In this video the British Sketch comedian, Katherine Tate, volunteers to translate into seven different languages. Hilarious! And I hope nobody takes offence.

Some interesting or , at least, unusual facts about the English language
Warmers , Fillers and Coolers
10 Creative Ways to Use the Wheel of Fortune to Teach English