The Speaking Test is knocking on your door? I have added two more Speaking+Vocabulary Speaking Lessons to the ever-growing list of Discussion Topics( check them out here); this time about Learning English. I hope they’re useful! 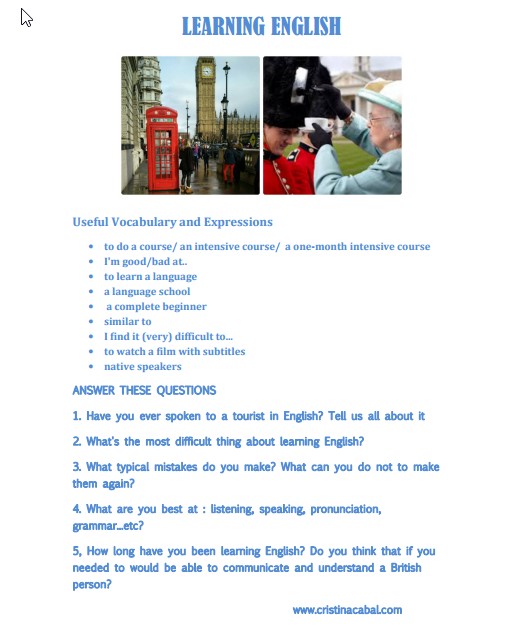 Let's Talk about Crime: is it Rob, Steal or Burgle?
Two wrongs don't make a right
Health and Illness: A Lesson Plan for Upper-Intermediate Students

Have you ever wondered how we sound to speakers of other languages when we speak our native language? Some languages are easy to imitate, as for example the Italian language or the German one but I would never have guessed how a Spanish speaking native sounds to the rest of the world.

While I was in Malta, and to introduce some intonation issues, we were shown this video. It was so funny that I ended up crying with laughter. At the end I was probably only paying attention to faces rather than to the mimicking of accents. I highly recommend you watch the video until the end as it only gets better.

In this video the British Sketch comedian, Katherine Tate, volunteers to translate into seven different languages. Hilarious! And I hope nobody takes offence.

How many bricks..?
Four Icebreakers to Get to Know your Students
Beauty is a product of Photoshop