Look at these two sentences. Are both sentences correct?

The answer is yes.

Near can be used as a preposition .When near is a prepostion , near to is less common but also possible .

Word of the Day : Sold out
False friends: embarrassed or embarazada?
What is a "veggie"?

Can you tell the difference between  farther and further or especially and specially? Do you know for certain when to use arrive in or arrive at?  Which one is American English at the weekend or on the weekend, math or maths? Is it think of, about, in or on?? Do you have problems using and/or pronouncing weigh, weighed and weight? You are pretty certain you know how to use boring and bored, but  does it work the same for stressed and stressing?  If these questions have raised serious doubts, then this post is for you. 🙂 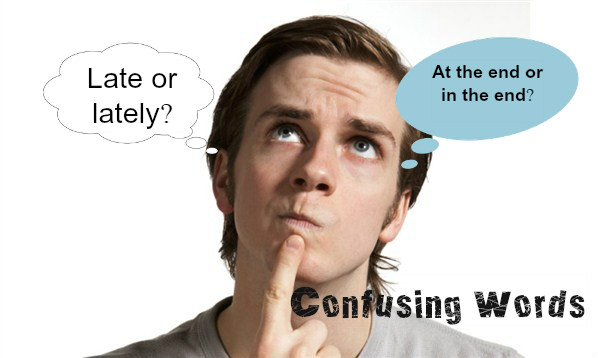 I sometimes have to remind my students  I’m not a walking dictionary !!  I honestly believe what makes a good teacher is not how many words  he knows in the dictionary or whether he knows a  given idiomatic expression. I don’t  think knowing what “stuck in a rut” means makes you a good  or a bad teacher. I firmly believe a good teacher is the one who loves his work and is able to transmit his love for what he does to  his students  and  is able to keep them motivated  whenever  they want to give up. I  have learned that being a good teacher is not teaching to those who want but to those who don’t.

Although initially English is not such a difficult  language to learn, it cannot be argued that for some students it is easier than for others. Take for example , a native speaker of Dutch or German  and a native speaker of Japanese or Russian. Obviously, German and Russian are closely related to English whereas  Japanese or Russian are completely unrelated so I’m sure   you can draw your  own conclusions in this matter.

Very often students tend to systematically makes mistakes with a given word either in its pronunciation or in the way it collocates with certain prepositions, adjectives …etc and we cannot forget here the issue of false friends which causes so many problems and, trust me,  sometimes funny misunderstandings, like in Spanish, the false friend “embarrassed ” and “pregnant”.

To help my students and readers of this blog overcome  these difficulties, I have created a new section in this bog called CONFUSING WORDS. I hope it’s helpful!

Well, I don’t know what I am, that’s why I have dedicated some time to finding an answer to what I am or rather to what I eat or don’t eat. For me,one of the most tiring things about not eating what everybody around me eats is having to hide the fact that I just eat differently and having everybody around me worried about what they might offer me; so, when my friends and I go to a party or birthday or whatever occasion where food is involved I ask them not to attract attention to my eating habits. I can tell you it’s not fun struggling to make people understand that I won’t eat anything cooked with meat and what is worst, trying to explain that even though they remove the chicken or the meat I still won’t eat it.
The word “vegetarian” is a blanket term used to describe somebody who does not eat meat, poultry, fish or seafood. But then, within this term there exist different sub-groups.
VEGAN . This person doesn’t eat any animal products or by products and this includes cheese, milk… some of them don’t even wear leather or wool.
LACTO-VEGETARIAN : The same as vegans but they eat dairy products
OVO- VEGETARIAN : The same as vegans but they eat eggs
OVOLACTO VEGETARIANS are by far the largest group of vegetarians
SEMI-VEGETARIAN are not vegetarians strictly-speaking as they may eat fish but not meat or the other way round.

Silly things people say to vegetarians ….. when given the chance. I no longer do.
•So what do you eat? A lot of salad?
•Can’t you just pick out the bits of meat in (insert name of dish here) and eat the rest of it?
•You should feel bad about the pain and suffering you’re causing all those plants you’re eating.
•What did you say gelatin was made of? You’re joking.

A bit of magic
Learning how to express Deduction
Word of the Day: Leap Year

Well,well , the first unit in the book I am teaching this year to Intermediate students is about food and if I didn’t know any better I would think it was intentionally placed in the first unit to remind me that I need to seriously consider going on a diet to try to lose the ??? pounds  gained after stuffing myself with tons of ice cream.  Haven’t I read somewhere that Uma Thurman, the actress, lost 25 pounds in six weeks by eating ice cream , chocolate and pudding??? Just joking !! But wouldn’t it be just great if  celebrities kept their strange fad diets to themselves ? Or rather not??? That way I can always put the blame on  Uma Thurman ! 😉

Anyway, talking about food , I feel I need to remind my students not to make two of the 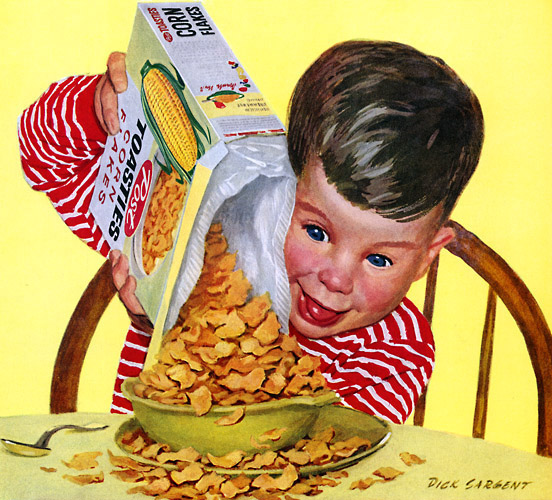 most common mistakes we, Spaniards, make when talking about food.

Mistake 1. When I grow up I want to be a   If a person who teaches is a teacher and  a person who runs is a runner  , why is a person who cooks called  a cook and not a

♥A cook= a person who cooks

My mother is a very good cook

Do you have an electric or a gas cooker?

Cereal is an uncountable noun, so you  should say I like cereal for breakfast or a bowl of cereal.

Cereals can also be a plural countable noun. In that case, you are referring to the different kinds of cereals  such as oat, barley ,  wheat or brands like corn flakes , rice krispies or choco crispies.

There are so many different kinds of cereals in this shop that I never know which one to buy.

Hope it is helpful! Keep posted!

Congreso Anota
Word of the Day: To Remind, To Remember and Tool to Send Reminders
In Times of Crisis, Laughter is the Best Medicine

Would you like to know some cool things about the English language?

♥Guess what! The English language as we now know it began to emerge in the 14th century from a variety of dialects including Old Norse

♥Guess what! Mandarin Chinese is the only language spoken by more people around the world than English. There seems to be , at  least, a quarter of a million distinct English words, excluding inflections, and words from technical and regional vocabulary not covered by the Oxford English Dictionary.

♥Guess what! The English language grows at a rate of about one new word every two hours

♥Guess what! The oldest word in the English language is ‘town” followed by ” I” and “two”

♥Guess what! The longest one syllable word in the English language is ‘screeched‘ .

♥ Guess what! The longest word in the English language, according to the Oxford English Dictionary, is pneumonoultramicroscopicsilicovolcanoconiosis

♥Guess what! The word “queue” is the only word in the English language that is still pronounced the same way when the last four letters are removed.

♥Guess what! “Rhythm” is the longest English word without a vowel

♥Guess what! The word “set” has more definitions than any other word in the English language.

♥Guess what! “Go” is the shortest complete sentence in the English language

♥Guess what!  The sentence “He believed Caesar could see people seizing the seas” has seven spellings of the sound [ i ].

♥Guess what! The “sixth sick sheik’s sixth sheep’s sick” is said to be the toughest tongue twister in the English language.Give a try!!!

I hope you have enjoyed reading these facts about the English language?

Did you Know....Aged?
Córcholis or it is raining cats and dogs
Lesson: -ed /-ing adjectives