I got this tip from Vaughan ( yes, the archifamous Vaughan ) by sheer chance.

I normally subscribe and unsubscribe to tons of different 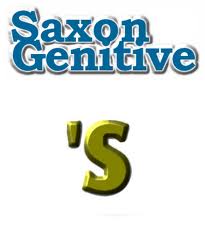 sites which, at some poin, find interesting and then I get  bored and unsubscribe. When I decide to unsubscribe from a mailing list, it  is because I’ve been for some time too bored to read the same kind of stuff all over again. I was about to do likewise with Vaughan when I decided to give him a last chance. I opened the email and Voîla! a great tip about Saxon Genitive for my students.

The thing is that I normally teach  Saxon Genitive the way he does, that is, by using translation and by pointing out that what you say first in English is what you say last in Spanish but it had never ocurred to me to use numbers… and numbers are very visual and… visual things work very well when learning.

So, here’ s his tip, which I’m dying to try with my students. I’m going to use his same examples.

My name’s Frank. Who is my mother’s younger sister’s father’s bother-in-law’s wife’s father’s only great grandson? My uncle is called John and his father is called Jim. Jim has got two brothers Jack and Jeremy