Ten entertaining ways to  practise personality adjectives with activities for all ages and levels. In this post, you’ll find listening,writing, speaking activities and games to help students master this vocabulary. 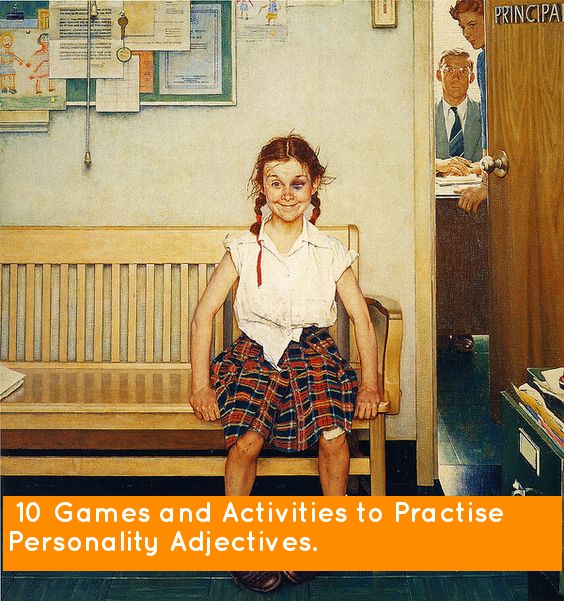 Ask students to work in pairs and write down as many personality adjectives as they can in two minutes.

Roleplays
Prepare cards with a personality trait written on it (talkative, cheerful, arrogant, stubborn, immature, possessive…etc). Give students a card telling them this is their personality. Pair up students and ask them to start a conversation and act the way the card says until their partner guesses what adjective they were given. Ask students for example to talk about buying a present for the teacher or deciding on what do at the weekend.

What does your signature say about you? According to handwriting analysts, signatures reveal a lot about your personality.

Research has shown that different personality traits tend to have distinct preferences in their choice of careers. On the board write the jobs below. Ask students in pairs to choose five and discuss what personality types the jobs would attract and why. Then discuss their choices with another pair:

Prepare cards with personality adjectives. Divide the class into 2 teams. For each team’s turn, set a time (1 minute).

On the board write the sentence: I want to go to the cinema tomorrow.

Team 1 begins and choose a player to sit at the front of the class. The player draws a card and acts out the phrase according to the adjective on the card. When the team guesses correctly, he can draw another card. He continues until the time is up. The timer is set again for the other team, and turns continue until all the slips are gone. Count the slips and give those points to their teams.

On the walls of the class stick the following quotes. Students in threes stand up and discuss what the quote means and whether they agree or disagree with them.

Guess who. A speaking or writing activity.

Speaking. Before the class, prepare a set of pictures of famous people with very clear personality traits. For this activity the students are sitting in pairs, one student (A) facing the board and the other (B) with his back to the board. Display the photo of a celebrity and ask student A to describe this person in general terms focusing on his personality.

Writing. Before the class, prepare a collage with pictures of famous people with very clear personality traits. Ask students to write a description of one of them focusing on their personality without saying their names. Descriptions are read aloud and students will need to determine the identity of the person being described. 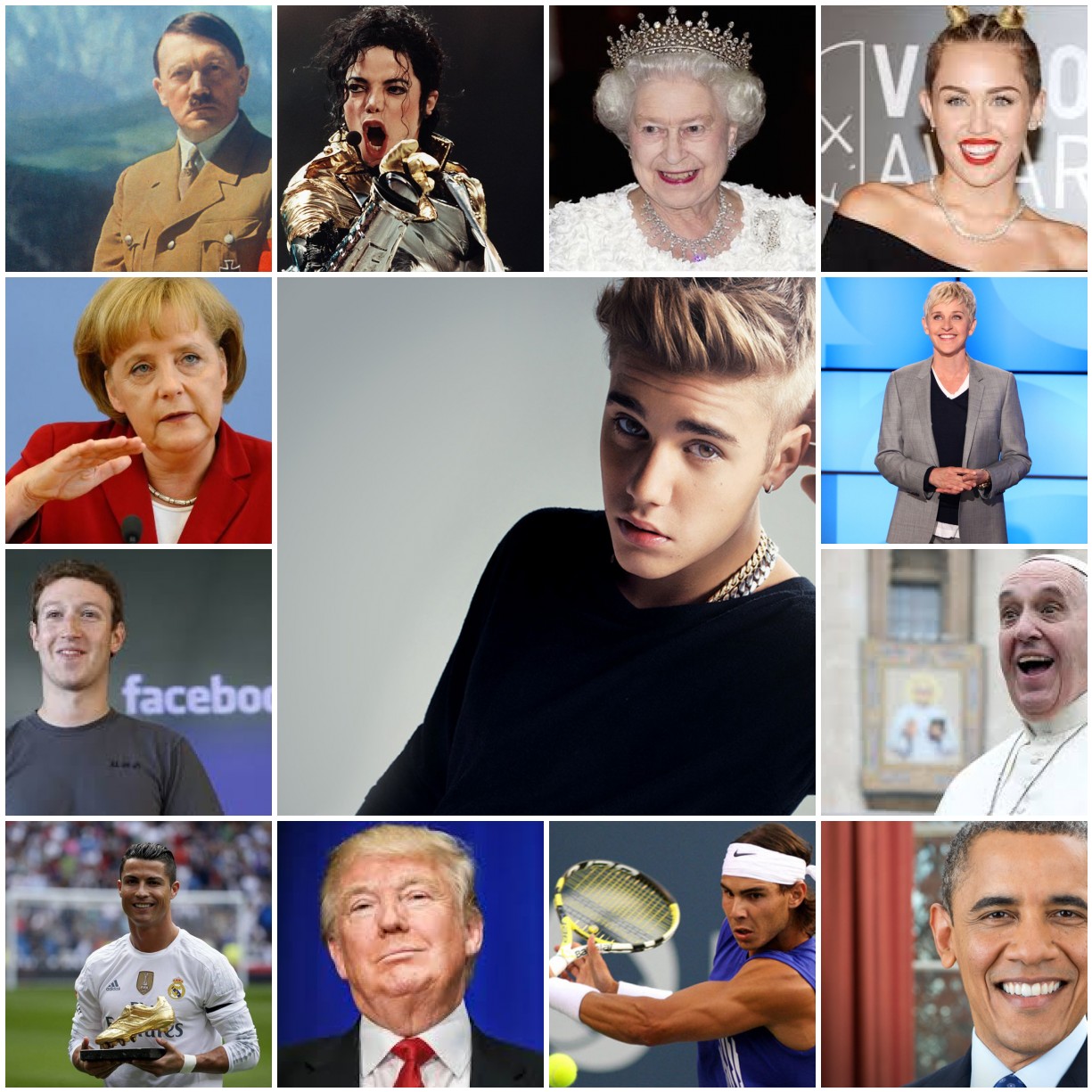 Tell students you’re going to analyse their personality by asking them four key questions to which they should answer using three adjectives for each question. Adjectives cannot be repeated.
1. Choose a colour, the first colour that comes to mind.
Once you have that colour, list three adjectives that describe it.

2. Choose an animal, the first animal that comes to mind.
Once you have selected an animal, list three adjectives that describe it.

4. Let’s say you are in a white room with no windows no doors, list three emotions that you are feeling.

Do you think birth order has any influence on our personality?

Ask students to work in groups of 4. Tell them they are going to see a video where personality is related to birth order. Assign each person in the group the task of writing down information they can gather from the video about either first borns, middle children, last borns or only children.

Whole class discussion. Starting with “first-borns”, write on the board all the information the students learnt from the video. Start a class discussion where first borns in the class will say whether they agree or disagree with the content in the video. Repeat procedure for middle children, last borns and only children.

Tic Tac Toe. also known as noughts and crosses or Xs and Os is a game for two players, X and O, who take turns marking the spaces in a 3×3 (3×4 in this game) grid. The player who succeeds in placing three of their marks in a horizontal, vertical, or diagonal row wins the game.

In this game, to place their mark they’ll need to talk for about two minutes about the question in the box.

The Perfect Gift: a Listening and Speaking Lesson Featuring Rihanna
A Speaking Activity: Just a Minute Musical Chairs
First Day : getting to know my students

5 thoughts on “10 Games and Activities to Practise Personality Adjectives.”