Resting on your laurels? No way!  Finals are fast approaching!! Time to give your English a final push!

Here you have another example of picture description. This time the theme is Houses.

Remember that in the  Oral Exam you’ll be shown two ( sometimes three) theme-related photographs ( eg types of houses). You’ll be asked to describe and compare them and to talk about them in relation to yourself for a short time (approx 3 min.) 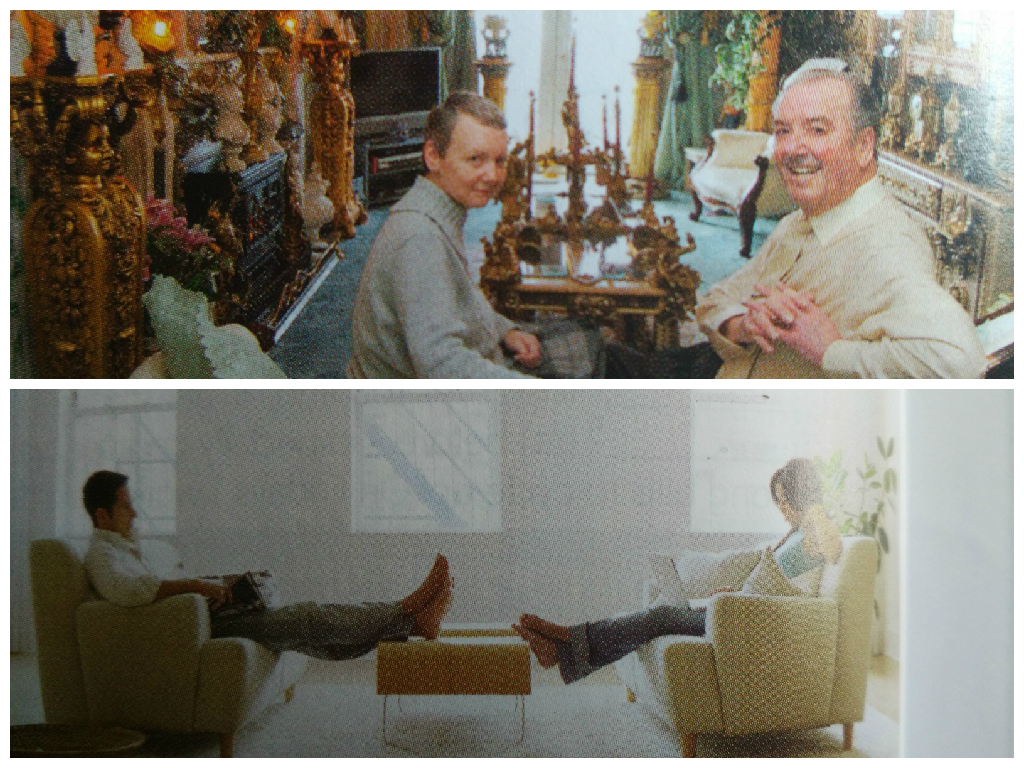 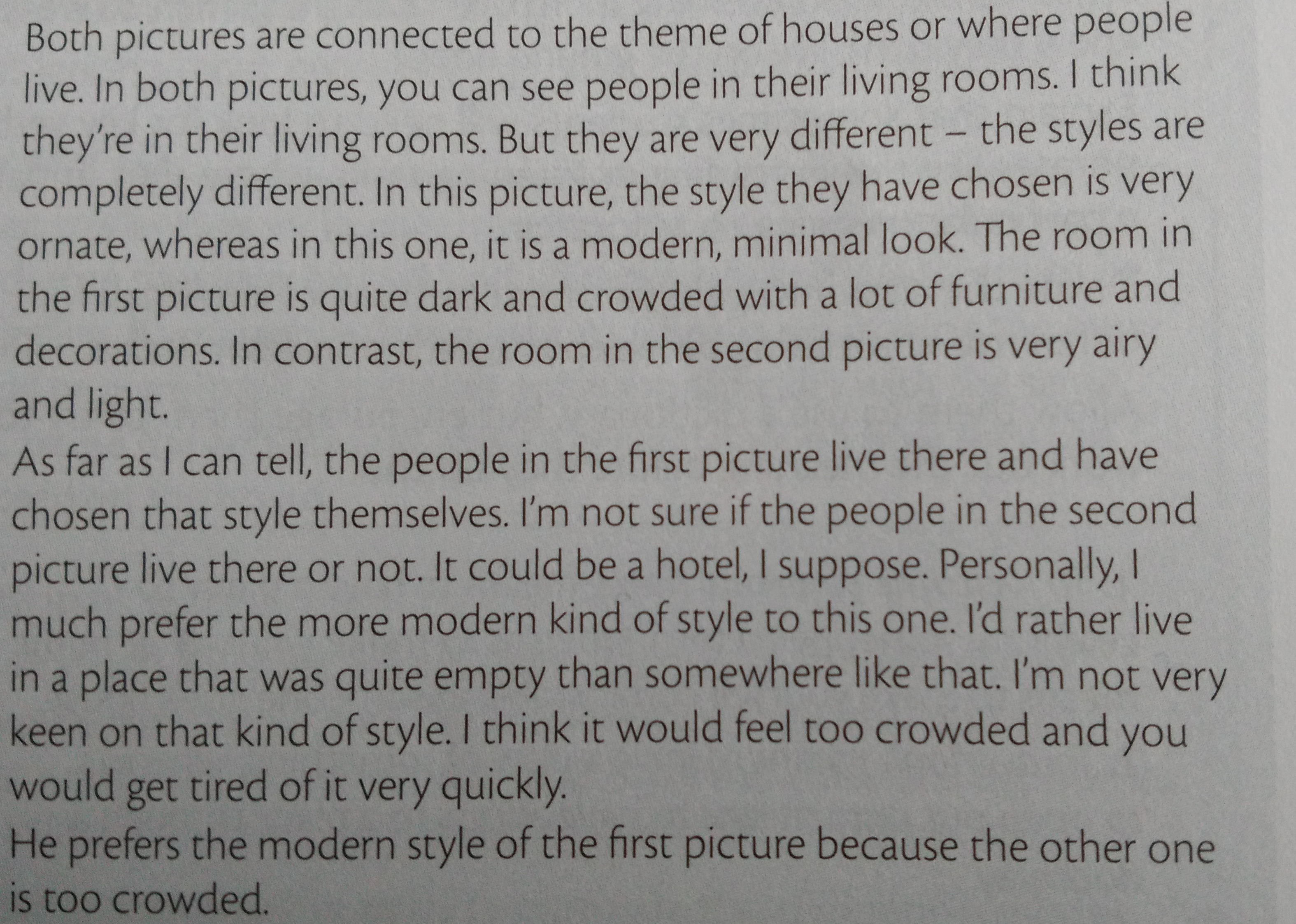 Word of the Day : Curly
Using Grass Skirts to Revise Topics
LearningApps- Examples of Activities you can Create with this App

A: Students watch the video. Unless they beg for more, I would just play the first  15 seconds, enough for students to focus on the pronunciation of the word “money” which they tend to mispronounce, and on the chorus Money makes the World Go Round, which students will later need to discuss.

B: This second warm-up is a great one. I got it straight from George Chilton‘s blog Designer Lessons – I copy/paste from him–, which I highly recommend.

Ask your students how they would spend a day in their city/town/village without spending any money. What activities could they do? They’re not allowed to stay at home, they have to be out of the house for the whole day.

Put them in small groups and get them to come up with a plan of the day – from 10 am until 8 pm. Conditions – They are allowed to drink water from city water fountains and any food that they find. They should present their plans at the end of this activity.

Step 2. A Bit of Fun with Translation.

Previous to this exercise students have studied Vocabulary related to money, so now it’s their time to show what they have learned.

Students work in pairs or in threes. To make things easier for me, I’ll provide them with slips of paper so that when the time’s up they can raise it up and I can have a quick check. Sentences with mistakes will be automatically discarded and the correct translations will get one point. Time limit: 90 seconds.

♥Photo and explanation of the technique here .

An Engaging Combination: First-Day Introductions+Indirect Questions + Concentric Circles Technique
Are we Killing or Promoting Creativity? A Collaborative Writing and Speaking Lesson
Using Genial.ly to Create Visual Activities for the Classroom

Yes, yes I know classes have finished. So what? If you haven’t taken your speaking test, this post might still be useful .

I just couldn’t let it pass. I saw it and I immediately thought about you,  struggling at home, getting  no help at all and feeling utterly miserable without my wise guidance 🙂 ha,ha,ha

Well, let’s stop rambling and get to the point. What you’ll find below are two pictures and someone comparing the two pictures. 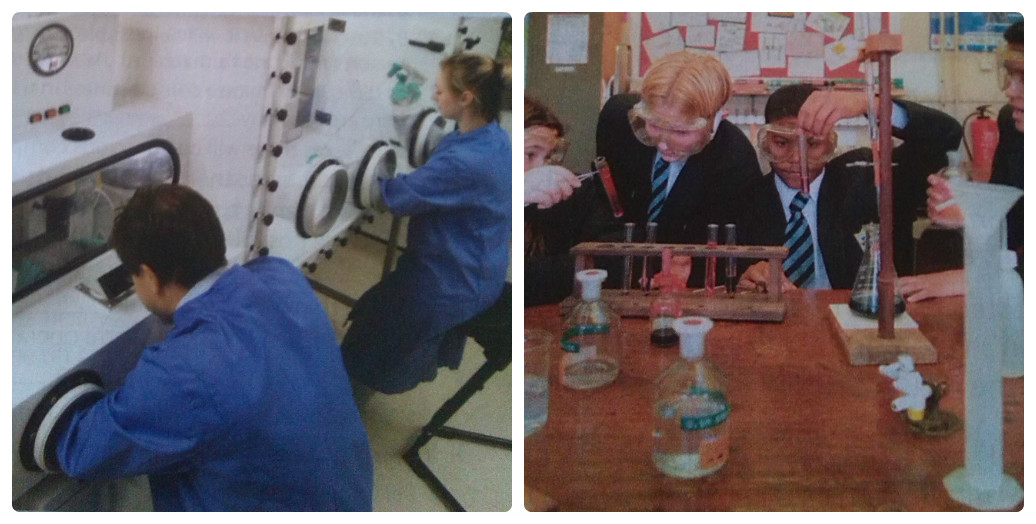 Well, they are clearly both connected to the topic of science… but in two quite different contexts. In the first one, there are two people- they’re probably lab technicians from the coats they are wearing- or I guess they could be research students or something like that. Anyway, they seem to be watching some kind of monitor but I am not quite sure why. The guy in the foreground seems to be holding something which might affect what they can see on the monitor. … it’s not all that clear.

In contrast, the second picture is of four schoolchildren, probably in a science class. They’re all wearing plastic yellow glasses of some sort… probably to protect their eyes from chemicals or something. They are sitting at the same desk. the one on the right, .. he is holding what looks like a plastic bottle.. which must have liquid in it.  There’s some kind of tube-like thing and plastic containers on the desk.

I wouldn’t like to finish the course without publising another example of picture description. This  time for the Elementary Speaking exam and kindly sent by Noelia Fernández.

Holidays in the city or on the beach 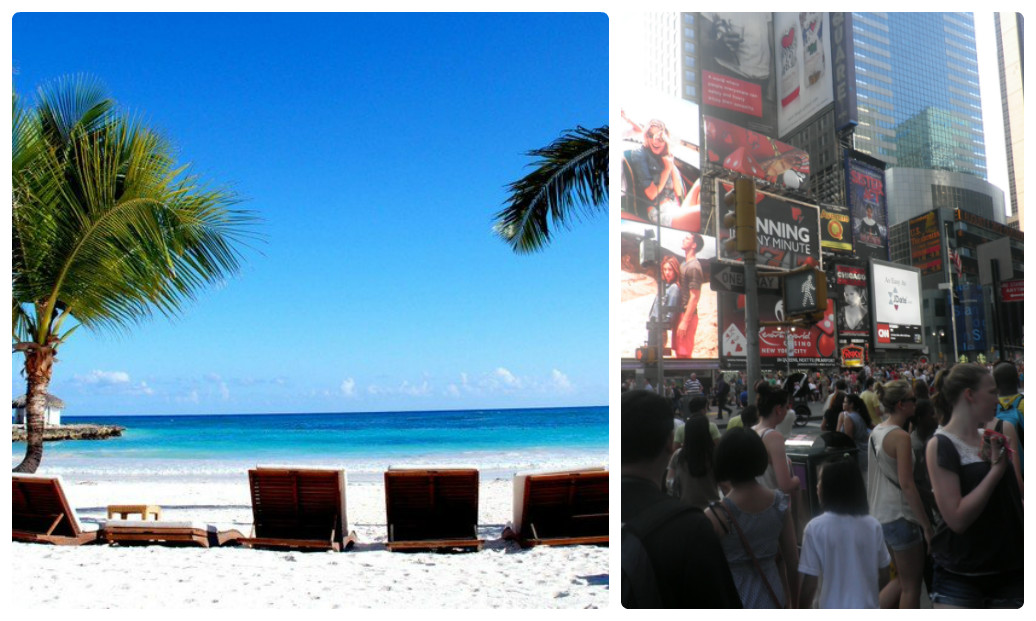 In both photos we can see two very different holiday destinations: a big city and a solitary paradise beach.
The picture on the right was taken at the famous street of New York Times Square. This street is always crowded with tourists, and in this photo I think there are too many. They are carrying photo cameras, video cameras or taking photos with their mobile phones. They are wearing summer clothes because it might be

July.
In the other photo, there is a beach with clean sand and clear calm water without waves. In the foreground we see five sunbeds and palms.
In my opinion, the perfect vacation is a mixture of both destinations, a few days in the city to visit museums and emblematic buildings, to see a musical or a theater, to do some sightseeing and to make all the activities that you can, and then, other days at a resort to relax and enjoy the sun, the beach, sleep and enjoy the food.
If you’re looking forward to going to New York ,you need to save money because it is the most expensive city in which I have been, but it seems as if you are in a movie with all the famous places and you think ” I know this and that”.

Using Viral Videos in the Classroom
I Recorded Short Story Contest
What to learn: a funny way to revise

Another example of picture description for the Intermediate speaking exams. Thanks to Eloy Menéndez for kindly sending it.

These pictures are related to fashion and clothes.
To begin with, the photo on the left shows a group of young people wearing eccentric clothes, with a very particular style: most in black, large boots, fishnet stockings. Many people would say they look scruffy. Probably, they are in a music festival or in a concert and they seem as if they are having fun. In the other photo, we can see a catwalk, in which high-heeled models are wearing very expensive garments, probably from famous designers. Maybe, such events are more targeted towards shopaholics, who are always trying to be in the limelight and constantly renew the way they dress.
From some years up to now, clothes have become a distinguishing factor. 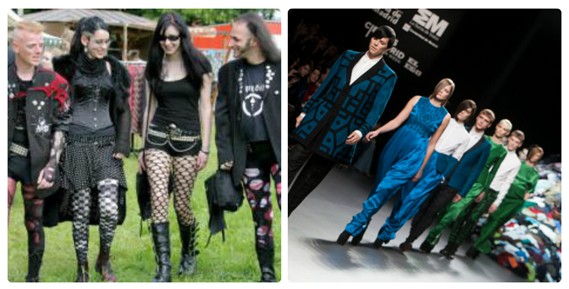 There are multiple urban tribes, some of them wearing outrageous clothes, others with colourful and bright garments, but each one with its own particularity, and they don’t care what others may think about them. They dress in the way they want. I am more keen on how the “skins” dress: shaved hair, tight jeans, suspenders, military boots. On the contrary, most of the teenagers are very fashionable because they are influenced by the media and constantly being fed with “tips” about what it’s cool to wear or not.

I would say fashion is cyclic and so are trends. Styles from the past are re-invented by designers or they just return in the same way they were many years ago: for that, vintage clothes, patterns, accessories and colours have become trendy nowadays.

One of the most widespread stereotypes is that women pay more attention to their appearance than men do.

I think that used to be so in the past, yet today more men are worried about how they are seen by the opposite sex. So therefore, most fashion ads are directed to both sexes.

I believe everyone has to wear those clothes which match their own styles, their thoughts and moral convictions. If you think the most expensive shirt, the old-fashioned skirt or the most ragged jacket fits you, that’s what matters. Dressing well or badly is something subjective and if you feel comfortable with that garment, go ahead.
Eloy Menendez