When last week I asked my students:

Have you ever put your life at risk? or Have you ever done any extreme sports? I began to wonder whether I’ve ever had .
The truth is I’ve never been an adventurous person; maybe I was a bit more in the past when I was younger. I remember I used to like horror films and talking about paranormal phenomena with my friends. I even played the Ouija Board once or twice and went with some peers to visit a mansion ghost, which was said to live in a house in ruins in my own hometown; but I, at least, was pushing the limits of my own courage although I pretended otherwise. I remember the rush of adrenaline I experienced and the feeling of being amazingly brave. But these can be hardly be named extreme sports although some people would say that playing with the unknown is much worse than risking your life doing bungee jumping or sky diving something, I know, I’ll never have the guts to try.

Come to think of it, I’ve sometimes put my life at risk like when I hitchhiked in England being only 19, or refusing to cross the road when seeing a gang of punks drinking and I had to walk past. This counts as risky , doesn’t it?

But the maddest thing I’ve ever done was about 10 years ago in the Wagner Bros Park, in Madrid, when I rode in one of these ride thrill attractions. It was a vertical tower of about 60metres. You are launched up and , believe or not, you take off from your seat and you literally fly before dropping in a breathtaking descent. When I think about it, it still gives me the creeps… Well, I warned you , I’ve never been a thrill seeker!!

And you… Do you live on adrenaline rushes? Are you hooked on the buzz of the extreme? 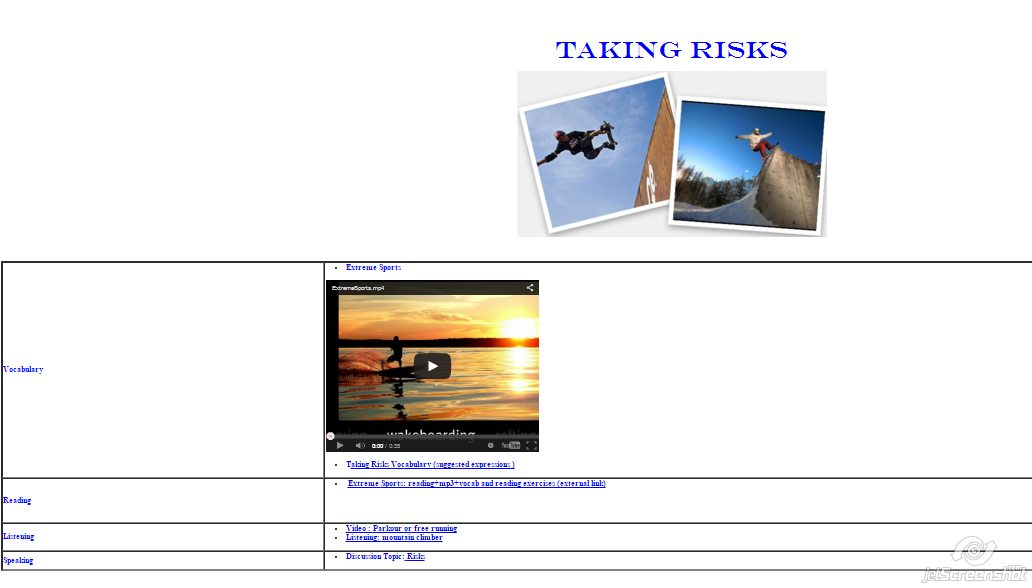