This article is the first of a series that my colleague Beth Reddish is going to publish about some cultural aspects of The United States.
The first one is about Football and the Superbowl Sunday, which is going to take place this Sunday.I hope you enjoy it!!

One of the most important and well-followed sports in the United States is football, which is known in other countries as American football, and is often compared to rugby. The first form of football was created in the 18th century, but over the years the rules, players,

and positions have changed and evolved into what we know as football today. Every year, people watch anxiously as their beloved teams play against each other between the months of September and January. When the regular season ends, the best teams go to the playoffs, or elimination games. The winners from the playoffs are the teams that go to the Super Bowl, the championship game, which always takes place on the first Sunday of February. The 2011 Super Bowl is on February 6th, and the teams that are playing are the Green Bay Packers from Wisconsin and the Pittsburgh Steelers from Pennsylvania.

>> The point of the game is to reach the opposite side of the field and score a touchdown. A touchdown is worth 6 points.

>> After a player makes a touchdown, he can kick the ball through the goal post to score an extra point.

>> Another way to score points is a field goal. If the player is close to the end zone, he can kick the ball through the goal posts to score field goal.

>> A field goal is worth 3 points. If a player makes a field goal, he can’t try to score a touchdown. 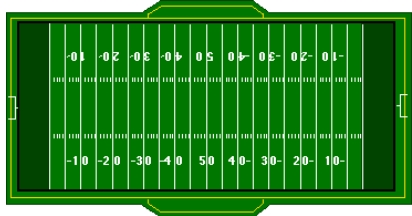 >> If the team does not go 10 yards within 4 downs, they have to kick the ball to the other team or they can try to score a field goal. 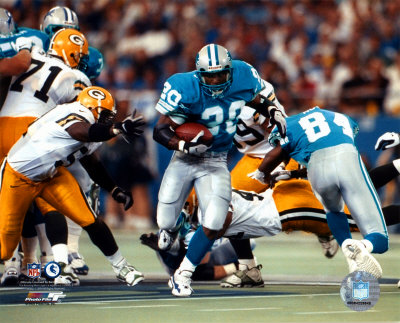 Super Bowl Sunday is the day that the two winning teams from the play-offs play in the Super Bowl, the game that determines the champion of the season. Many people have Super Bowl parties, where friends unite to watch the game, eat, drink, and enjoy each other’s company.
There are two reasons why Super Bowl Sunday is very popular, and they have nothing to do with the sport! Of the 80 million people who watch the game, many of them watch only the Super Bowl, and not the rest of the season. Why do they watch? One reason has to do with the entertainment. A football game is split into two parts, or halves, separated by halftime. This break between the halves usually has a halftime show. The show often consists of the team’s cheerleaders, who try to get others excited about the game, and a marching band, a musical group associated with the team that marches as they play. On Super Bowl Sunday, the halftime show is a much larger show, with famous singers, dancers, and 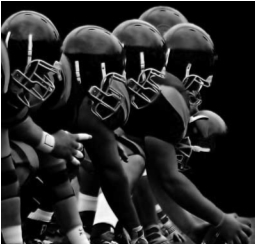 performers, and draws the attention of many non-football fans watching the Super Bowl.
The second reason people love to watch the Super Bowl is the commercials. The commercials during the breaks in the game are some of the best commercials of the year. Advertisers pay up to $3,000,000 for a 30 second advertisement – millions of people watch the Super Bowl, so they can reach a large audience. The ads are very funny, and they are made so that people will remember them for days, weeks, or years to come.

Are you a visual teacher? An amazing free resource based on pictures

Honing Listening Skills with Radio Garden: All the Radio Stations Just a Click Away.

3 thoughts on “An American in Asturias: Football and the SuperBowl Sunday”