Welcome back to my blog! How quickly time flies! Tomorrow I’ll be heading back  to the classroom and I’m sure you will be too.

On the first day, it is not always easy to get started. 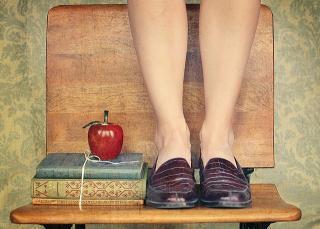 I’m never in the mood to start teaching straight away as some students have not bought their textbooks yet, you have some information to give, some forms to be filled ..etc, so I usually end up having less than half an hour to  get  them  into the right mood for learning. That’s why I am considering using some of these activities  from Online ESL Activities to help my students get rid of the dust accumulated during the summer holidays  and give their English some brushing up.

not say “three!”. With the number “30”, the students must also clap once, and with the number “39” students must clap twice, because there are two instances of the digits 3, 6, and 9. If a student says a wrong number, claps at the wrong time, or says a number instead of clapping, they are out. Last person in the game wins.

Alphabet Tic-Tac-ToeDraw a 3×3 grid on the board. In each square of the grid, write a letter. Put the students into 2-4 teams. Each team selects a square, and must think of ten words beginning with the letter in the sqaure. Give them a time limit, for example 1 minute. If they

get 10 correct words, that team gets the square. The first with 3 in a row wins the game. With more teams use a 4×4 grid, teams have to get 3 or 4-in-a-row. Good for younger learners.

Family FortunesBased on a popular British TV show. Put the students into two teams. The teacher should then think of a topic, and secretly write down 5 words connected with that topic. Teams take turns to guess the five words the teacher thought of.For example, give the students the topic “Things you make spaghetti with”. Then jot down 5 connected words, eg. pasta, tomato, sauce, meat, herbs. The students in the first team take turns to guess the 5 words. If they guess them all correctly, they win. Otherwise the next team gets a chance. If both teams can’ t guess all 5 items, the team with the most correct guesses wins 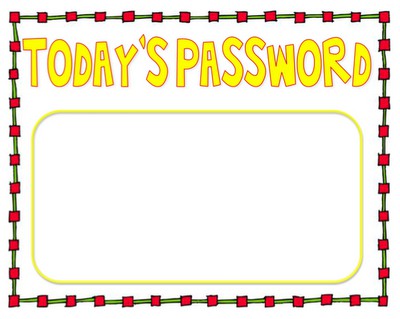 to the team member at the front of the class. The first student to guess the word wins a point for their team.As a variation, students can also be given three words which they cannot use in their definitions. For example, to define the word “rabbit”, you could disallow the words “ears”, “jump” and “carrot”.

ScattegoriesWrite a few categories on the board, eg. clothing, food, country, etc. Put the students into teams. The teacher gives a letter to a team and the students have to think of a word

(or several words) starting with the given letter for each category. For example, imagine a class is using the example categories above and the letter “s”. Correct answers would include “shirt”, “salad”, and “Spain”. If a team gives a word for each category in under a minute, they get a point. The team with the most points wins

Spelling BeeA student must start by saying a letter, eg. “d”. The next student must say another letter, eg. “a”. This student should know a word that starts with “da”. The next student says another letter, eg. “t”, and this student must know of a word that starts with “dat”. The next student says another letter, and so on.Students may add letters even if they can’t think of a word, but this is dangerous. Every student, on their turn, can challenge the previous student about their spelling. If the previous student knows a word that uses all the letters given, the challenging student is out. If the previous student does not know a word, then the challenged student is out. Game continues until there is just one student left.

Four Icebreakers to Get to Know your Students
Crime and Punishment: Some Engaging Classroom Activities
Reporting verbs: A Translation Exercise Using Grass Skirts

3 thoughts on “Warmers , Fillers and Coolers”