“Keep Calm and have a relaxing cup of cafe con leche in Plaza Mayor”said A. B , Mayor of Madrid in an amazing English 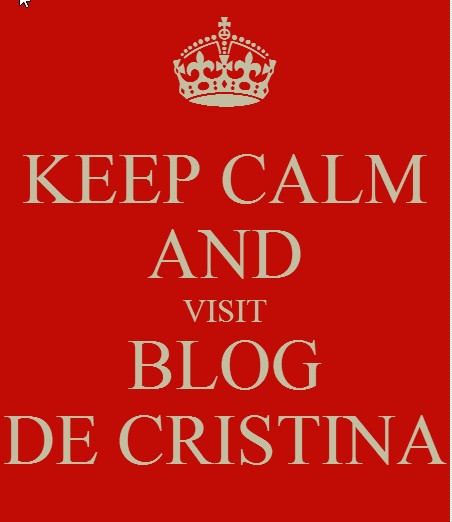 The Keep Calm-o-Matic is a nice site where you can create your own poster . This is mine for my classroom 😉

The poster with  the words KEEP CALM AND CARRY ON are all the rage nowadays. But what does it mean? A bit of history is due…

The poster was produced at the beginning of the Second World War by the Ministry of Information to strengthen morale in the event of a wartime disaster, such as mass bombing of major cities using high explosives and poison gas, which was widely expected within hours of an outbreak of war. Over 2,500,000 copies were printed, although the poster was distributed only in limited numbers, and never saw public display.
The poster KEEP CALM AND …was third in a series of three. The previous two posters from the series, “Freedom Is In Peril. Defend It With All Your Might” and “Your Courage, Your Cheerfulness, Your Resolution Will Bring Us Victory” were issued and used across Britain for motivational purposes. An icon of a “Tudor” crown (a widely used symbol of government authority) was chosen to head the poster, rather than a photograph. The slogans were created by civil servants.

In 2000, Stuart Manley, co-owner with his wife Mary of Barter Books Ltd., was sorting through a box of used books bought at auction when he uncovered one of the original “Keep Calm and Carry On” posters. The couple framed it and hung it up by the cash register; and it attracted so much interest that Manley began to produce and sell copies. Other companies followed suit, and the design rapidly began to be used as the theme for a wide range of products.” Source Wikipedia 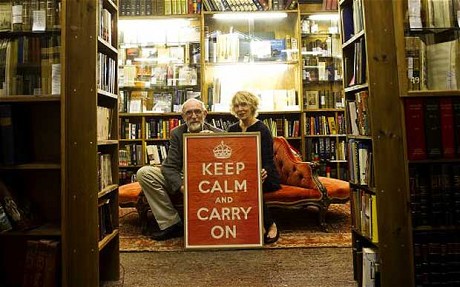