Kindly sent by Ana Suárez Meana from the Intermediate Level. 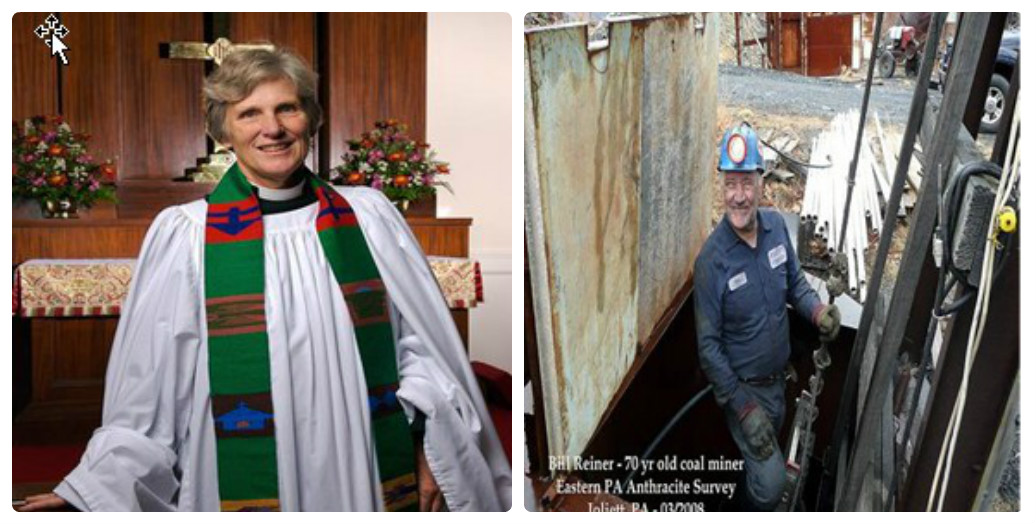 Well, I have decided to talk about one of the most important topics in our lives, as I consider it is work because it is what drives the way we live every day.
To do this, I have decided to select these two contrasting pictures.
In the first picture, we can see an old man. He looks like a coal miner, although it is difficult to tell because I can´t see much of the background and I can´t really make it out. On the other hand, in the second picture, to our surprise, we can see the image of a woman priest. I think she might be
wearing a costume because it isn´t very common to see a woman priest.
In my opin

ion, the picture of the man is the image of one of the least common jobs today. In fact, more and more mines are closing down .I think that it is one of the most difficult jobs because they are people who daily risk their lives and whose earnings are low.
In contrast is the image of the woman, whose job I consider more relaxing and less complicated than that of the coal miner, but it is not less important for many religious people in our society and until now, done only by men because many jobs do not welcome women .
Today, there are different types of jobs that a few years ago would be difficult to imagine, because nowadays, more people study than in the past, men and women go out to work, and this often causes that families in their jobs are affected by the serious crisis we are living in our country.

Inspiration from Ellen Degeneres Show: Never Have I Ever
Using Mosaics for a guessing game
Speaking: Fashion and Trends