It’s with great pleasure that I announce the three winners of the I Short Scary Story Writing Contest for Intermediate (B1)students.

It hasn’t been easy to choose a winner from the 45 scary stories you have sent me. I was really impressed by the talent shown.So I have decided to choose three winners .A big thank you to everyone who took the time to write the story.

Winner: Diana Corrales  with “Do you want to hear a story?”

Runners-Up: Andrea María González  with “At the end of the ladder” and  Verónica Rodríguez with “A horror story”. 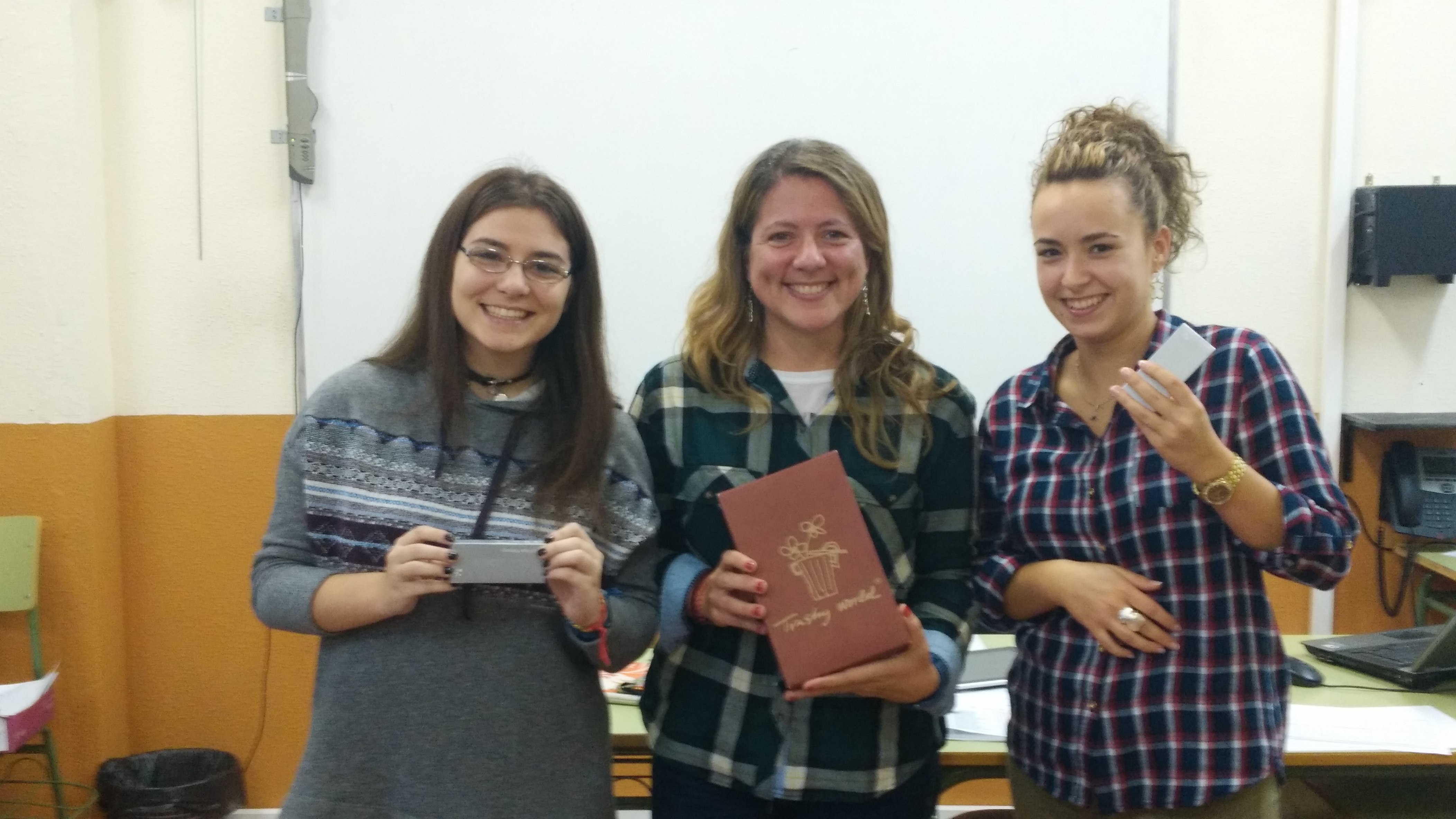 DO YOU WANT TO HEAR A STORY? by Diana Corrales Caamaño

Have you ever been afraid of the dark? Have you ever felt that you weren’t alone in the middle of the night? And… have you felt scared? You should be!

It wasn’t the first night spent in that house. It wasn´t the first month, not even the first year  but that night, Mary, a seven–year–old girl who had never had nightmares, woke up screaming. Her parents ran to her side, but she couldn’t remember anything.

That evening, while her father was reading a bedtime story, she asked him:

“Daddy, who lived here before us?”

Her father, surprised, replied: “I don’t know Mary, why do you ask?”

“A secret between you and…..?” asked her father.

Mary kissed her father and lay down in her bed.

During the following weeks, Mary was very happy. She was always playing in her room and her parents realized that she was becoming more independent. They thought it could be because she was growing up and one night Mary didn’t even want a story.

“I only want a story! The story about the girl who lived here before us, and you don´t know it”. She told her father

Her father felt sad and Mary looking at his father said: “Don’t worry Daddy, I still love you” but instead of kissing him, turned off the light and said good night.

Mary’s mother, worried about the distance that was growing between them and their daughter, decided to do some research about “the famous story” and thought that if she couldn´t find anything, she would invent it. It was very hard to find because the house had been empty for many years, but finally she found something. She discovered a terrible story.

“Honey, are you sure that Mary asked about the girl who lived here? She didn´t say family, she said “girl”, didn’t she?”

“Yes, sugar, she clearly said “the girl”; what is the problem?”

“I don’t understand how she could have known that in our house lived a girl. I didn´t even know, and the house has been recently renovated.”

“Maybe she just imegined it”

“Well, you will not believe what I´m going to tell you”.

That night, after dinner, Mary’s mother told her husband what she had discovered. In the house, there lived a girl called Catherine, who was killed by a thief who never got caught. All the neighbours suspected her parents because Catherine had a lot of problems with them; she never went out to play or went to school. People said she was crazy. Two days after Catherine’s death, her parents were found dead in the same way as Catherine, and on their foreheads, engraved with a knife, the words “sweet dreams”.

In that moment.  they heard a scream from Mary’s bedroom but when they entered the room she was sleeping.

“Yes Daddy, why you did you wake me up? It is still early to go to school”

“I´m not Mary ,daddy, my name is Catherine…”

AT THE END OF THE LADDER by Andrea María González López

“Look,Tobias! I know what you’ve been going through lately and I don’t want to seem insensitive when I tell you this” Sergio hit his friend’s shoulder in a gesture of support “but I think you should look for help”.

Tobias couldn’t believe why his best friend might be saying that. Okay, maybe grief was clouding his senses but he was completely sure that his sister’s death was related to that sinister package that had come to his door three days ago. Especially considering how they had found María. He could still see in his mind the clown’s smile she had drawn on her face, the black mascara smeared on her cheeks, her eyes still open, lifeless… she was sitting at the end of staircase like an abandoned doll.

“Thank you, Sergio, but right now all I want to do is forget everything”

On hearing this, Sergio left.

Tobias was going to end with everything that night. He was going to break that stupid doll which rested on his sister’s bed. He was sure that the clown was guilty of her death.

He went to his sister’s room. What he didn’t expect were all the events that happened then. The doll wasn’t on the bed. Suddenly, the lights went out and he heard footsteps in the hallway downstairs. He decided to silently go down to the hallway and turn on the lights; as he grabbed the banister in total darkness to climb down the stairs, he stopped. Breathing behind him made his skin crawl. And before he fell down the stairs and broke his neck, he only could hear one more thing. 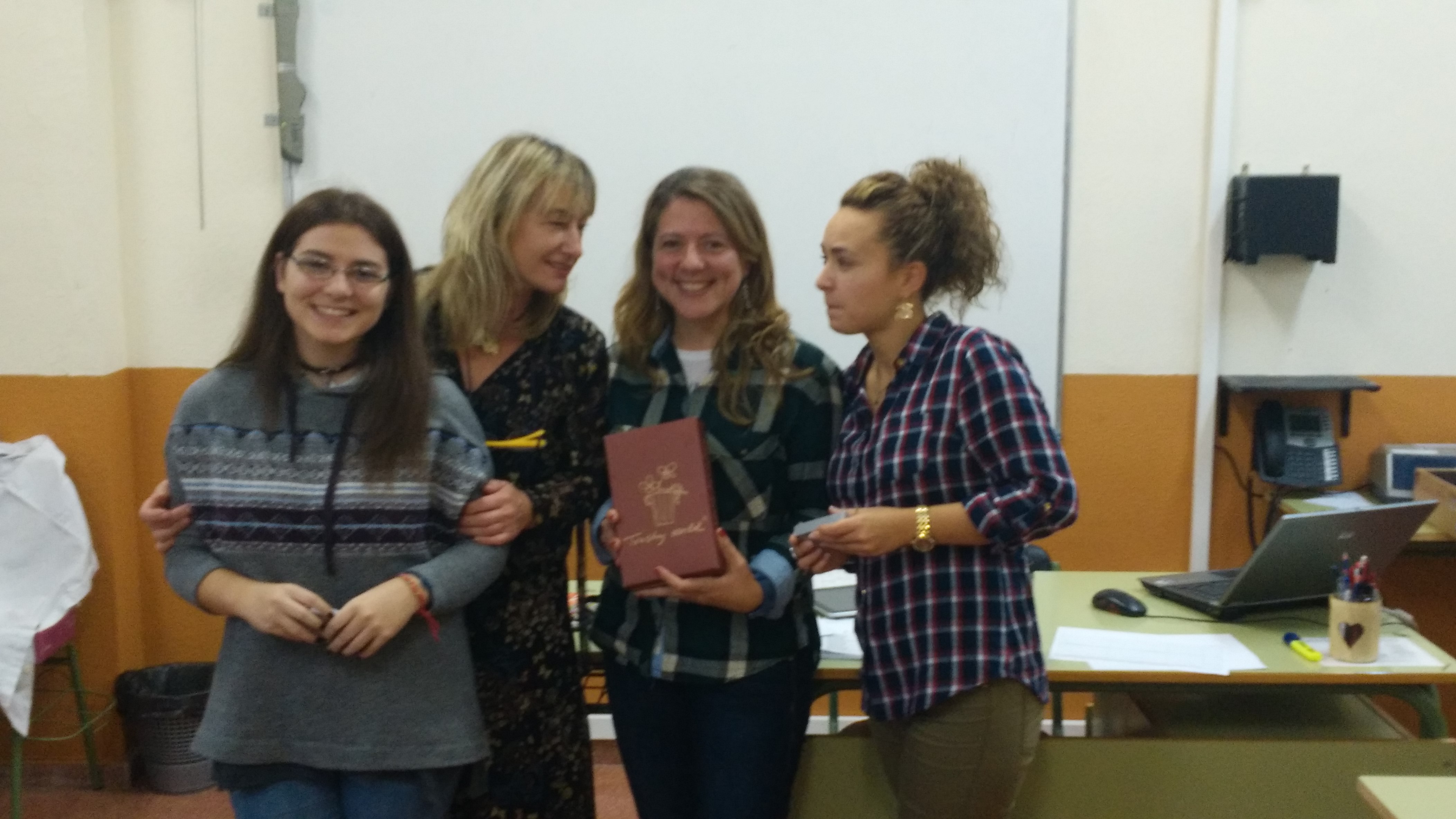 A HORROR STORY by Veronica Rodriguez

Two months ago, my best friend María and me were on our way to an old town 60km away, when our car stopped without any reason. It was late in the evening and it was getting darker and darker, therefore we were a bit nervous and scared.

Surprisingly, our mobiles  were not working  because apparently they  had run out of battery. It looked like a joke, but as adults, we tried to keep calm.

Ten minutes later, we decided to leave the car and look for someone who could help us. but there was nobody around. Suddenly , our luck changed because Maria managed to stop a car. He was a 27- year-old, good looking man. He seemed reliable and friendly.

He tried to fix our car but as it was dark, he suggested  going  to his house and spending the night there. He lived in a small wooden house with his grandparents, not very far away, so in spite of being scared we decided to go with him, considering we did not have another choice.

We hid the car among the trees and we went ahead through the forest to the house.

Inside the house, there was a nice elderly couple sitting on rocking chairs. They didn’t say  anything; they just looked  at us and smiled.

The man showed us where we were going to sleep that night and then he disappeared. Everything was very strange and when we were trying to fall asleep a frightening noise scared us.

María went to the window and saw the two rocking chairs moving alone! It was terrifying because there was nobody nearby and the wind was not blowing.

Quickly, we left the house and  ran as fast as we could.

To our surprise, when we found our car hidden in the forest and tried to start it , it worked properly; therefore ,we drove several hours until  we reached the nearest town.

Once in the town, we parked in front of  the first restaurant we found  and just as we were parking the car, we saw a policeman coming towards us. He wanted to know  if the car was ours, because he had seen it the previous night.

We explained  everything to him, including where the house was and all about the mysterious man. The policeman did not believe us. He said that  nobody  lived in that house  because the man who lived there had killed all his family and then he hanged himself.

Perhaps we were wrong about the house, but it was the only house that was a bit away from the forest. We had to make sure that we were right about the house and we finally decided to take the policeman there. We were sure about our story and when we arrived, our suspicions were confirmed.

The house was not the same; it was completely abandoned ,without a  roof and with a lot of cobwebs. We saw the two rocking chairs in the same place! But in the man’s bedroom there was still the rope with which the man had  hanged himself.

Reporting verbs: A Translation Exercise Using Grass Skirts
The Writing Process and 13 Tips to Raise your Essay Score
Nice stuff to use for evaluating compulsory reading

2 thoughts on “The winners of the I Short Scary Story Writing Contest are announced!”