Are you in the mood for a game?

Lots of learners find it difficult to ask questions in English and these little particles called “auxiliaries” are the ones to blame; hard to believe that such tiny things cause so much trouble, but the fact that students need to remember when and how to use them– or not to use them- makes it difficult even for some advanced learner to feel confident when asking questions in English.

Based on the classic game show “What’s my line?”, this game aims at improving students’ ability to ask yes/no questions in English, something most learners find difficult. 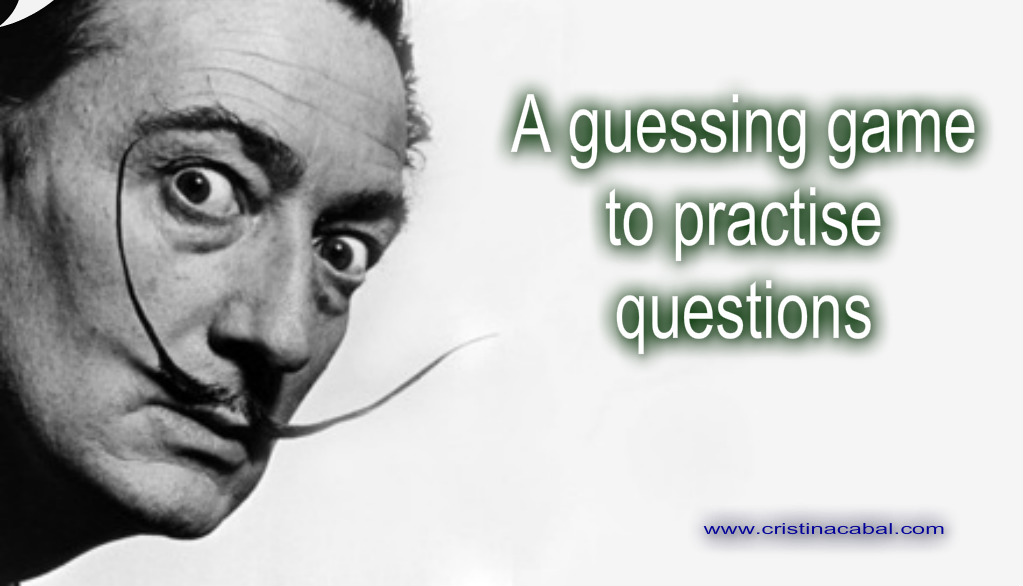 “What’s my line?” is a guessing game in which four panellists attempt to determine the occupation or the identity of a guest by asking only yes-no questions.

Rules based on the game and adapted to the classroom.

Before the game begins, play the video of the  game where Salvador Dali is the              mysterious guest.

Akinator, the Web Genie. Just as I was about to publish this post, I remembered that some time ago I used to ask my elementary students to play an online game that never failed to surprise me and that my students used to love. I recommeded it because it gave them practice to understand questions in English. I checked and it is still working. The name is Akinator and he’s a genie. It goes like this: you think of a prominent person, celebrity or fictional character. Akinator will ask you up to twenty quetions and he’ll guess the person you have in mind. Check it out!

4 thoughts on “A Guessing Game to Practise Questions”