The idea for this post came from the image of Lady Gaga at the MTV video Music Awards wearing  meat  and just in case wearing a dress meat was not enough, her hat, boots and purse were also made of meat and also, just in case her attire went unnoticed  she asked Cher, who was giving her the award, to hold her meat purse.

But what does the expression to turn over a new leaf mean?

It means to make a fresh start, to change one’s conduct or attitude for the better as in

So playing with the meaning of the expression “turn over a new leaf ” and the word “leaf” the rather provocative group PETA (People for the Ethical Treatment of Animals ) has launched a campaign seeking to stop the cruelty of the fur industry and has prompted designers to stop using fur in their designs. The photos below are part of this  campaig . I have put together images of Lady Gaga and models volunteering for PETA. You choose, the options is always yours! 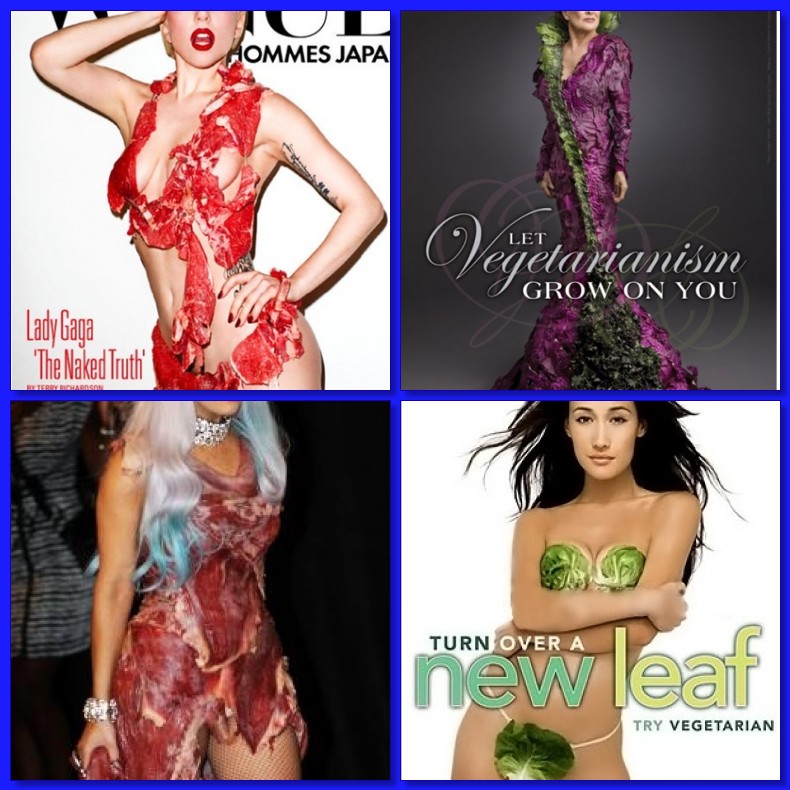 2 thoughts on “Word of the Day: Turn over a new leaf”