I remember when we were studying unit 2, we talked about Rock Gardens of Candigarh in India and the name of Justo Gallego , a man from Mejorada del Campo,sprang to mind. He is believed to be a madman.He was born in 1925 and wanted to be a priest but when he was at the monastery, he came down with a serious illness and he was made redundant. Afterwards, he promised his mother to build a cathedral, to the greater glory of his God. He sold family’s lands and began to 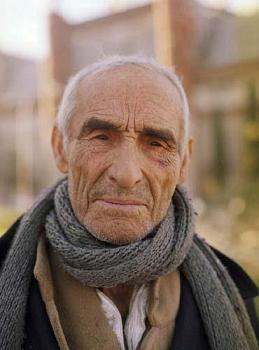 build the cathedral without an architect’s university degree.Everybody in the village laughed at him but he had a” can do” attitude, an eye for detail and he was passionate about his new job, he was keen on doing his labour of love.
Anyway, he used bits of rubbish from the buildings sites, waste material, bricks, lumps of concrete, girders; he recycled anything he could find, he had his daily job satisfaction as a workaholic. When he finished his money, he started to receive money from his neighbours. For more than 40 years he has dedicated all his physical efforts to fulfilling that vow, canvassing local support, donations and eventually some people helped him doing voluntary work When his buildings started to become real then some people changed their mind about him. Actually, he was building a cathedral, similar to other cathedrals.
In the end, he represents the perseverance, the idea that all you wish for can happen, you must onlt work hard. I was there and I know that´s true….
Cheer up, Don Justo!!!

Get Students Out of their Seats with a Lesson on Gender Stereotypes
Christmas Carols and Cristmas Cards
Picture Description: Jobs