How does she dare, I can almost hear you say, create a quiz about subject-verb agreement when she is not even a native speaker?

I might regret it, but the truth is that I sort of needed to clarify in my mind one of the most obscure points of grammar in the English language- namely that of subject-verb agreement-,  because contrary to what one might think a singular subject in English does not always demand a singular verb, and what looks like a plural subject might not be so and take a singular verb instead. To top it all, when there is disagreement among grammarians, both singular and plural forms can be used.

To create this quiz, I have done a lot of research on the Internet and read what some noted grammarians have to say about this issue and  I have found that they don’t always agree. For this reason, I have tried to avoid the most controversial subject-verb agreement issues. 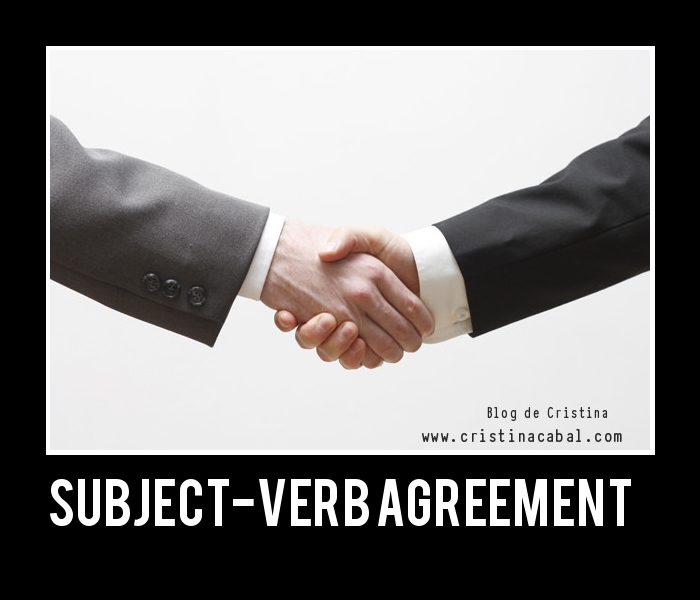 Six Low-Preparation Vocabulary Activities for the English Classroom
A new blog: Using the Ipad in Education
Shame on the Faroe Islands

12 thoughts on “The Sore Thumb: A Subject-Verb Agreement Quiz”