I am sorry dear students. I know this post is long due, but as the saying goes ” better late than never”.

This is an activity I did with my intermediate classes  to do some writing practice in class. The activity was a tad demanding  because students needed to do some collaborative work, something they don’t very often do, and they also needed to include quite a few of the connectors displayed on the board ( picture below) and as many as possible of the pictures in the collage , also below, and all these ingredients put together  were supposed to produce a beautiful story to be  later displayed on the walls of the classroom for the students to read and vote for the best. The exercise was not an easy thing to do but they came up with some very funny stories, some of which  you’ll also find below.

You are going to write a story beginning with sentence It was three o’clock in the morning when the phone rang. Look at the word cloud below and try to use most of the words in it. Then look at the collage of thirty pictures and include, at least, half the pictures in the collage 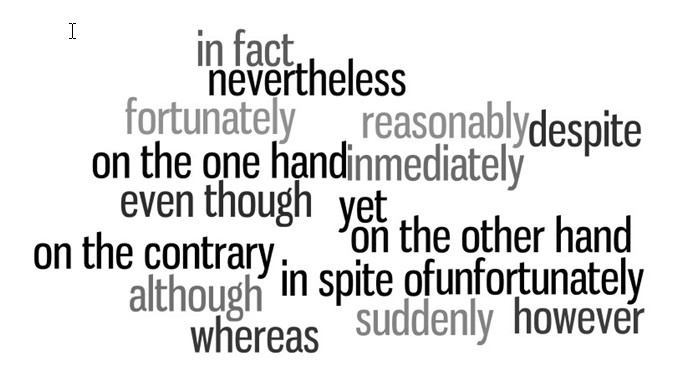 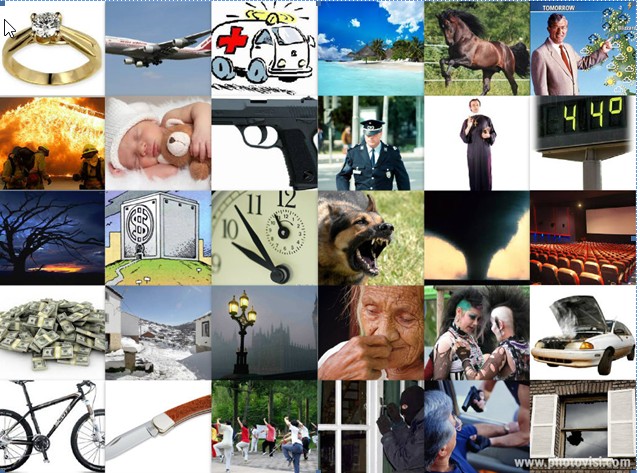 and these are some of their stories.

It was three o’clock in the morning when the phone rang. Immediately I got up and went to the police station because I work as a police officer.

Unfortunately, a young man dressed as a priest, with a large black cotton cassock had robbed a bank where two stunning tattooed punky girls had put the money they had obtained from a blackmail. On the other hand, the same fake priest had stolen a gold and diamond one-million-dollar ring. Fortunately, although he had a gun, nobody was injured.

The thief escaped in a cheap white Italian car. Yet, while he was in the runaway the car broke down so it was our opportunity to catch him. He was taken to the police station and he confessed he wanted the money to take a plane to a paradise island .Despite his confession, he was sentenced to do community service helping the elderly.

Finally it was 10 a.m. when I arrived home. In spite of the robbery it was a funny situation.

by Eloy, Paula and Estibaliz

It was three o’clock in the morning when the phone rang. My brother was calling me to tell me that his car had broken down and he was very nervous because the night was getting very dark and there was a heavy storm. Immediately, I woke up and dressed quickly. When I left the garage with my car, the street was very foggy and I had to drive very slowly, but fortunately soon the fog dissipated in the air and then I could drive calmly. Half an hour later l saw my brother’s car and the storm. He was inside the car and I asked him If he had called the police and in spite of the fact that his car had stopped one hour and a half before he hadn’t called the police yet. While my brother was talking with them I heard a strange sound but I did not worry about this yet.

Suddenly a few excited dogs appeared in the middle of the road. I managed to get into the car. On the contrary, my brother didn’t and he was bitten by one of the dogs. In this moment, the police´s car arrived and when they saw the condition my brother was in , they decided to carry him to hospital. When I arrived there and my brother was being treated. A few hours later I took him to his house and I went to mine. Nevertheless, the drama had not finished yet, because the door was open and there was a light on the second floor. I was scared and called the police… again. “It´s going to be a long night”. I thought.

By Sonia and Laura 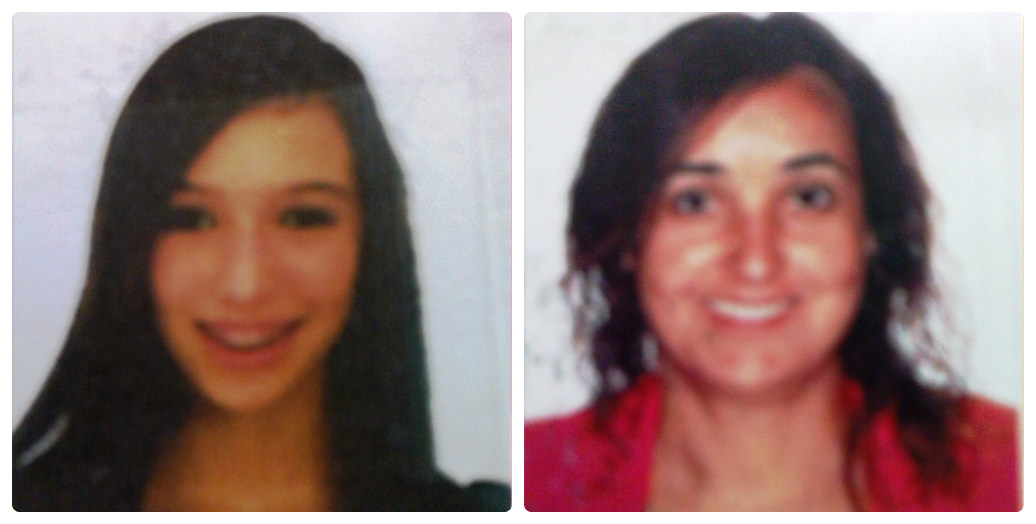 IT WAS THREE O’CLOCK IN THE MORNING

It was three o’ clock in the morning when the phone rang. It was my brother. He looked very worried. I asked him what was wrong and he answered that our father was in hospital and I had to come as fast as possible, so I called a taxi and when I arrived the doctor told me that, fortunately, he wasn’t injured at all, so he was OK.

Immediately, I met my brother and I asked him what had happened.

“I was having dinner with my fiancée, in fact, we were making plans about our wedding trip. However, the restaurant was very busy, so we decided to go for a walk. It was a warm night, yet it was cloudy and a bit rainy. Suddenly, we heard a gunshot, and dogs barking in front of the cinema. In spite of the fact that we were scared, we went to see what was wrong and we saw one person with an object (I don’t know what it was, I think it was a knife) in his hand and another person who was lying down in the street: daddy! Although the mugger could hear us, we called the police. We couldn’t see the criminal very well, but I believe he looked like a punk. Even though the police and the ambulance came very fast, the mugger disappeared and at the moment, he’s being sought. We carried our father to the ambulance. On the one hand, the ambulance was quick; on the other hand, there was a big traffic jam. And that’s all.”

At the end, our father stayed in hospital two days and now he’s like he was before the mugging… What a night!

By Alba and Noelia.