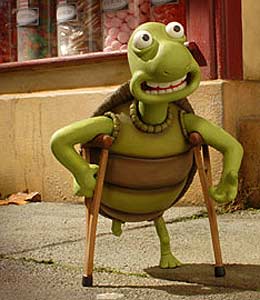 Last Saturday a friend of mine was badly injured in a car crash because he was under the alcohol effects. Fortunately, the accident was near Villa so the paramedics could get there before it was too late. They examined him and realised that besides suffering from shock, he could barely  breathe and there was blood everywhere. They rushed him to hospital and as soon as he arrived he was taken to the operating theatre to have an operation. His lungs were quite damaged but during the operation the doctors realised that his stomach was injured as well. Eventually it turned out worse than the surgeons expected so the operation lasted quite a bit more.

After having been operated he was taken to intensive care and the nurses gave him an injection to avoid him the pains. Unfortunately his condition deteriorated overnight: he began to throw up, had a temperature… but it was all because of a virus so the doctors prescribed him some painkillers and antibiotics. After having healed the virus, the doctors discharged  him from hospital and gave him some advice as having a healthy diet (because of the virus), giving up smoking (because of the lungs injury) and keep away from the alcohol for a couple of months because he could be hooked on it.

Nowadays he has scars because of the stitches he needed and is walking on crutches until the twist ankle gets better, if it doesn’t, he might need surgery. Moreover he has got rid of all the alcohol he had at home.

This essay has been sent by Estela Ramon García, 4º year